The ‘moral and intellectual decay’ of COVID disinformants

Robert F. Kennedy Jr. is the son of assassinated Senator Robert. F. Kennedy, and the nephew of President John F. Kennedy. He is famous – or rather infamous – for being outspoken in his opposition to vaccines, including the COVID-19 vaccine. Here is the relevant section from Wikipedia:

During the COVID-19 pandemic, Kennedy promoted multiple conspiracy theories related to COVID-19 including false claims both Anthony Fauci and the Bill & Melinda Gates Foundation are trying to profit off a vaccine, and suggesting that Bill Gates would cut off access to money of people who do not get vaccinated, allowing them to starve. In August 2020, Kennedy appeared in an hour-long interview with Alec Baldwin on Instagram, where he touted a number of incorrect and misleading claims about vaccines and public health measures related to the COVID-19 pandemic. Baldwin was criticized by public health officials and scientists for allowing Kennedy’s proclamations to go unchallenged. Kennedy has promoted misinformation about the COVID-19 vaccine, falsely suggesting that it contributed to the death of 86-year-old Hank Aaron and others. In February 2021 his Instagram account was blocked for “repeatedly sharing debunked claims about the coronavirus or vaccines.” The Center for Countering Digital Hate identified Kennedy as one of the main propagators of conspiracy theories about Bill Gates and 5G phone technology. His success as a conspiracy theorist increased his social media impact considerably; between the Spring and the Fall of 2020, his Instagram account grew from 121,000 followers to 454,000.

In November 2021, Kennedy’s book The Real Anthony Fauci: Bill Gates, Big Pharma, and the Global War on Democracy and Public Health was published wherein he alleges Fauci sabotaged treatments for AIDS, violated federal laws, and conspired with Bill Gates and social media companies such as Facebook to suppress any information about COVID-19 cures, to leave vaccines as the only options to fight the pandemic.[217][218] In the book, Kennedy calls Fauci “a powerful technocrat who orchestrated and executed the historic 2020 coup against Western democracy”. He claims Fauci and Bill Gates plan to prolong the pandemic and exaggerate its effects, promoting expensive vaccinations for the benefit of “a powerful vaccination cartel”.[219] The Neue Zürcher Zeitung has said of the book “…polemics alternate with chapters that pedantically seek to substantiate Kennedy’s accusations with numerous quotations and studies.”[219]

Kennedy wrote the foreword for Plague of Corruption (2020), a book by former research scientist and anti-vaccine conspiracy theorist Judy Mikovits.[220]

Kennedy appeared as a speaker at the partially violent demonstration in Berlin on August 29, 2020, where populist groups called for an end to restrictions caused by COVID-19.[221][222] His YouTube account was removed in late September 2021 for breaking the company’s new policies on vaccine misinformation

A recent analysis centered on 812,000 anti-vaccine posts shared on Facebook or Twitter between February 1 and March 16, 2021. Two-thirds of the posts were shared by what CCDH calls the “Disinformation Dozen”: 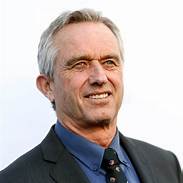 Last week, Kennedy Jr. has surpassed himself. Addressing an anti-vaccination rally in Washington, DC on Sunday, Kennedy was reported to compare COVID-19 vaccination mandates to the Holocaust, saying that “Even in Hitler’s Germany… you could hide in the attic like Anne Frank did.”

The reaction of the official memorial of Auschwitz, the largest Nazi concentration camp in which more than 1 million people were murdered, was quick and (to my mind) justified: they accused the Kennedy Jr of “moral and intellectual decay”

212 Responses to The ‘moral and intellectual decay’ of COVID disinformants