News about Kratom: the herb was recently (semi-)legalized in Thailand

Kratom (Mitragyna speciosa, Korth.) is an evergreen tree that is indigenous to Southeast Asia. It is increasingly being used as a recreational drug, to help with opium withdrawal, and as a so-called alternative medicine (SCAM) for pain, erectile dysfunction, as a mood stabilizer, and for boosting energy or concentration.  When ingested, Kratom leaves produce stimulant and opioid-like effects (see also my previous post). 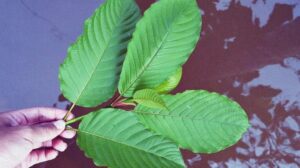 Kratom contains 7‑hydroxymitragynine, which is active on opioid receptors. The use of kratom carries significant risks, e.g. because there is no standardized form of administration as well as the possibility of direct damage to health and of addiction.

There are only very few clinical trials of Kratom. One small placebo-controlled study concluded that the short-term administration of the herb led to a substantial and statistically significant increase in pain tolerance. And a recent review stated that Kratom may have drug interactions as both a cytochrome P-450 system substrate and inhibitor. Kratom does not appear in normal drug screens and, especially when ingested with other substances of abuse, may not be recognized as an agent of harm. There are numerous cases of death in kratom users, but many involved polypharmaceutical ingestions. There are assessments where people have been unable to stop using kratom therapy and withdrawal signs/symptoms occurred in patients or their newborn babies after kratom cessation. Both banning and failure to ban kratom places people at risk; a middle-ground alternative, placing it behind the pharmacy counter, might be useful.

In Thailand, Kratom had been outlawed since 1943 but now it has become (semi-)legal. Earlier this year, the Thai government removed the herb from the list of Category V narcotics. Following this move, some 12,000 inmates who had been convicted when Kratom was still an illegal drug received amnesty. However, Kratom producers, traders, and even researchers will still require licenses to handle the plant. Similarly, patients looking for kratom-based supplements will need a valid prescription from licensed medical practitioners. Thai law still prohibits bulk possession of Kratom. Users are encouraged to handle only minimum amounts of the herb to avoid getting prosecuted for illegal possession.

In 2018, the US Food and Drug Administration stated that Kratom possesses the properties of an opioid, thus escalating the government’s effort to slow usage of this alternative pain reliever. The FDA also wrote that the number of deaths associated with Kratom use has increased to a total of 44, up from a total of 36 since the FDA’s November 2017 report. In the majority of deaths that the FDA attributes to Kratom, subjects ingested multiple substances with known risks, including alcohol.

In most European countries, Kratom continues to be a controlled drug. In the UK the sale, import, and export of Kratom are prohibited. Yet, judging from a quick look, it does not seem to be all that difficult to obtain Kratom via the Internet.