This study aimed to assess the feasibility of a future definitive trial, with a preliminary assessment of differences between effects of individualized homeopathic (IH) medicines and placebos in the treatment of cutaneous warts.

A double-blind, randomized, placebo-controlled trial (n = 60) was conducted at the dermatology outpatient department of the Homoeopathic Medical College and Hospital, West Bengal. Patients were randomized to receive either IH (n = 30) or identical-looking placebos (n = 30). The primary outcome measures were numbers and sizes of warts; the secondary outcome measure was the Dermatology Life Quality Index (DLQI) questionnaire measured at baseline, and every month up to 3 months. Group differences and effect sizes were calculated on the intention-to-treat sample. 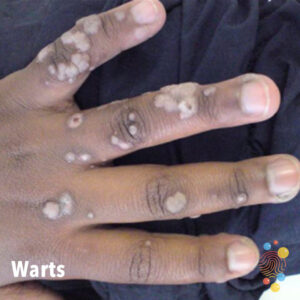 The authors concluded that, as regards efficacy, the preliminary study was inconclusive, with a statistically non-significant direction of effect favoring homeopathy. The trial succeeded in showing that an adequately powered definitive trial is both feasible and warranted.

Partly the same group of authors recently published another trial of homeopathy with similar findings. At the time, I commented as follows:

We have come across this terminology before; homeopaths seem to like it. It prevents them from calling a negative trial by its proper name: A NEGATIVE TRIAL. In their view

Yes, it is completely bonkers!

Why is it done nonetheless?

And, as before, this paper also contains this statement: