In so-called alternative medicine (SCAM), there is never a dull moment; for me, the last decade was hardly an exception.

2010: Simon Singh and I had just published our book ‘Trick of Treatment‘(see also below), and consequently, the SCAM community (after having been more than a little suspicious of me for years) decided to oust me. At my university, I had major battles after the complaint by Prince Charles’ private secretary regarding the ‘Smallwood report‘. I decided to preserve my department by going into early retirement.

2011: This plan did not work out. I did retire, but the department sadly was closed down. The deal was that I get re-employed by my university on a half-time basis and help to find and appoint a successor.

2012: This did not work out either. We did find one suitable candidate, but they offered him terms that were totally unacceptable. The result: no more ‘Complementary Medicine’ at Exeter (I must admit, that was tough!). My wife and I thus sold our flat in Exeter and moved into rural Suffolk.

2013: My wife fell seriously ill, and we decided to move to France for an entire year to get her cured. This turned out to be the right decision; today she is alive and kicking.

2014: To prevent slowly going insane over all this, I had started writing my memoir.

2015: The book was published under the title ‘A scientist in wonderland’ and got unbelievably positive reviews. Today, this memoir is available also in German, Spanish and Korean. In the same year, I received the ‘John Maddox Award for standing up for science‘. I donated the prize money to the ‘Good Thinking Society’.

2016: While lecturing in Germany, I was invited by Springer to publish a book with them, and I chose the subject of homeopathy. The book entitled ‘Homeopathy, the undiluted facts‘ was later also published in German.

2017: I was awarded an Ockham Award at the QED. Sadly, I could not attend in person but Simon Singh received it in my name. We sold our house in Suffolk, moved to Cambridge, and also spent much of our time in France.

2018: After a perfect co-operation with the ethicist, Kevin Smith‘, our Springer book on the ethical issues raised by SCAM was published. It is entitled ‘More good than harm? The moral maze of complementary and alternative medicine‘ and received an award from the BMA. The same year, I also published my book ‘SCAM‘ which shortly after also was published in German.

2019: I published, again with Springer, an analysis of 150 SCAM modalities. Ioannidis et al published an analysis of 100 000 scientists of all fields. It implied that I am the most ‘influential’ researcher in the area of SCAM. This came just as unexpected as the US ‘Bookauthority’ naming our book ‘Trick or Treatment’ amongst the ‘best mental health books of all times’. 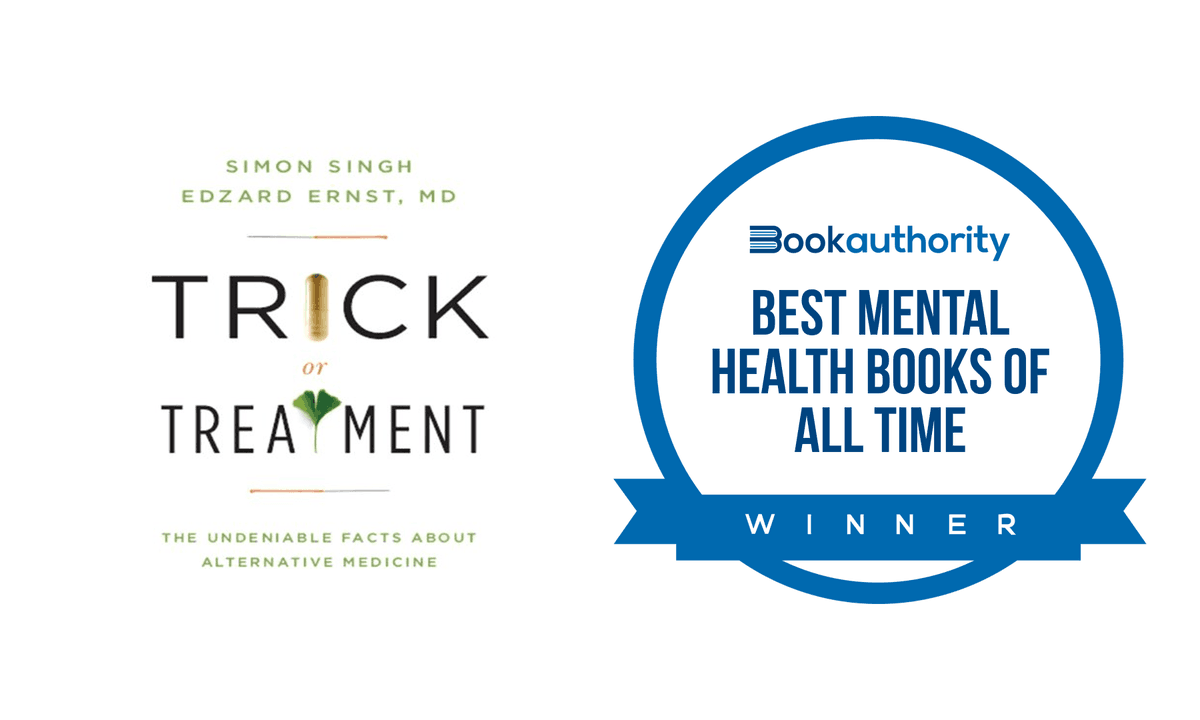 (Oh, I almost forgot: I also published ~500 Medline-listed papers as well as >1 700 blog posts and gave about 300 invited lectures during the last 10 years. Retirement turned out to be busy indeed.)

Yes, it was a decade full of action, worries, happiness, achievements and also true sadness. I hope I will still be around in 10 years to report about the next one.

I WISH ALL MY READERS A HAPPY AND HEALTHY NEW YEAR.