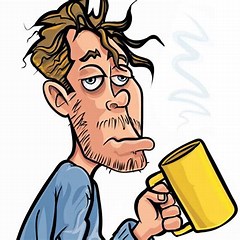 Are you hungover today? you will be pleased to hear that so-called alternative medicine (SCAM) has a lot to offer – at least this is what its enthusiasts think.

Homeopaths swear by Nux Vomica as the first remedy to think of with hangover headaches, but it is also excellent for headaches from overwork, indigestion headaches and headaches accompanying constipation. Use it when your headache is worse when you cough or bend down, and headaches that aggravate when you move your eyes. If you have overeaten and drunk too much alcohol, you may also feel nauseous and want to vomit to make yourself feel better but find you cannot. If this describes your symptoms then Nux Vomica is the remedy for you.

When I worked as a homeopath, I and others often tried this treatment – it never worked. More importantly, there is not a jot of evidence that it does.

Some people recommend artichoke extract. I say: forget it. Here is why:

Extract of globe artichoke (Cynara scolymus) is promoted as a possible preventive or cure for alcohol-induced hangover symptoms. However, few rigorous clinical trials have assessed the effects of artichoke extract, and none has examined the effects in relation to hangovers. We undertook this study to test whether artichoke extract is effective in preventing the signs and symptoms of alcohol-induced hangover.

We recruited healthy adult volunteers between 18 and 65 years of age to participate in a randomized double-blind crossover trial. Participants received either 3 capsules of commercially available standardized artichoke extract or indistinguishable, inert placebo capsules immediately before and after alcohol exposure. After a 1-week washout period the volunteers received the opposite treatment. Participants predefined the type and amount of alcoholic beverage that would give them a hangover and ate the same meal before commencing alcohol consumption on the 2 study days. The primary outcome measure was the difference in hangover severity scores between the artichoke extract and placebo interventions. Secondary outcome measures were differences between the interventions in scores using a mood profile questionnaire and cognitive performance tests administered 1 hour before and 10 hours after alcohol exposure.

Fifteen volunteers participated in the study. The mean number (and standard deviation) of alcohol units (each unit being 7.9 g, or 10 mL, of ethanol) consumed during treatment with artichoke extract and placebo was 10.7 (3.1) and 10.5 (2.4) respectively, equivalent to 1.2 (0.3) and 1.2 (0.2) g of alcohol per kilogram body weight. The volume of nonalcoholic drink consumed and the duration of sleep were similar during the artichoke extract and placebo interventions. None of the outcome measures differed significantly between interventions. Adverse events were rare and were mild and transient.

Our results suggest that artichoke extract is not effective in preventing the signs and symptoms of alcohol-induced hangover. Larger studies are required to confirm these findings.

Is there anything else you might want to try? I am afraid the answer is NO. Here is our systematic review on the subject:

To assess the clinical evidence on the effectiveness of any medical intervention for preventing or treating alcohol hangover.

All randomised controlled trials of any medical intervention for preventing or treating alcohol hangover were included. Trials were considered if they were placebo controlled or controlled against a comparator intervention. Titles and abstracts of identified articles were read and hard copies were obtained. The selection of studies, data extraction, and validation were done independently by two reviewers. The Jadad score was used to evaluate methodological quality.

No compelling evidence exists to suggest that any conventional or complementary intervention is effective for preventing or treating alcohol hangover. The most effective way to avoid the symptoms of alcohol induced hangover is to practise abstinence or moderation.

Yes, it’s true, the only sound advice is moderation!