The role of placebo effects in mindfulness-based analgesia

An abstract from the recent ‘2nd OFFICIAL SIPS CONFERENCE ON PLACEBO STUDIES’ caught my attention. It is not available on-line; therefore let me reproduce it here in full:

Background: Mindfulness meditation can reduce pain both in experimental and clinical settings, though it is not known to what extent mindfulness-specific vs placebo-like expectancy effects account for these changes. This study aimed to: 1. establish whether placebo effects contribute to mindfulness-mediated analgesia; and 2. identify putative cognitive mechanisms responsible for placebo- vs mindfulness-mediated analgesia. Methods: We compared the effects of focussed-attention mindfulness training (6 x 20 min), sham mindfulness, and a no-treatment in a double-blind RCT for experimental heat pain. Sham mindfulness instructions lacked the ‘active ingredients’ of the real training but were matched on all other contextual factors. Results: Both real and sham mindfulness training led to greater pain tolerance relative to no treatment, but there was no difference between the real and sham training. This was accompanied by increased expectancy, beliefs, and pain-related cognitive processes in the two mindfulness groups relative to no treatment, but again there were no differences between real and sham training on these outcomes. There were no effects on pain intensity, pleasantness or threshold. Conclusion: These findings suggest that mindfulness training – at least those involving focused-attention – may lead to improved pain tolerance via the placebo effect rather than any specific mindfulness-related mechanisms. Potential mediators of these effects will be discussed. 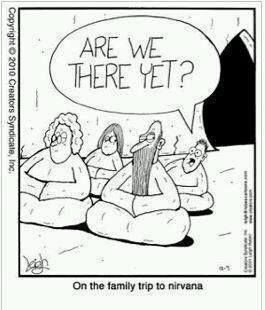 I find this study remarkable in two ways:

Mindfulness is currently hugely popular. It would not be surprising, if the news that it might rely purely on placebo effects would calm down the enthusiasm about this treatment. Many might ask, does it matter? As long as patients benefit, the mechanism of action seems irrelevant. This, of course, is an interesting debate which we have had on this blog many times before.