No Effect of Lavender Oil on Perioperative Pain, Anxiety, Depression, and Sleep of Cancer Patients

Psychosocial distress, depression, or anxiety are frequent problems of women after a breast cancer diagnosis and treatment. Many try so-called alternative medicine (SCAM) in an attempt to deal with them. But is this effective?

The purpose of this study was to assess the potential benefit of lavender oil as a perioperative adjunct to improve anxiety, depression, pain, and sleep in women undergoing microvascular breast reconstruction.

This was a prospective, single-blinded, randomized, controlled trial of 49 patients undergoing microvascular breast reconstruction. Patients were randomized to receive lavender oil or a placebo (coconut oil) throughout their period of hospitalization. The effect of lavender oil on perioperative stress, anxiety, depression, sleep, and pain was measured using the hospital anxiety and depression scale, Richards-Campbell Sleep Questionnaire, and the visual analogue scale. 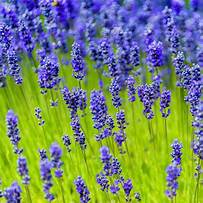 Twenty-seven patients were assigned to the lavender group and 22 patients were assigned to the control group. No significant differences were seen in the perioperative setting between the groups with regard to anxiety (p = 0.82), depression, sleep, or pain scores. No adverse events were noted, and no significant differences in surgery-related complications were observed. When evaluating the entire cohort, postoperative anxiety scores were significantly lower than preoperative scores, while depression scores were significantly higher postoperatively as compared with preoperatively.

The authors concluded that, in the setting of microvascular breast reconstruction, lavender oil and aromatherapy had no significant adverse events or complications; however, there were no measurable advantages pertaining to metrics of depression, anxiety, sleep, or pain as compared with the control group.

One could argue that the sample size of the trial was too low to pick up small differences in the outcome measures. Yet, even then, the findings do not suggest that the treatment did make a large enough difference to justify the effort and expense of the treatment.

One could also argue that – who cares? – if a patient wants aromatherapy (or another SCAM that is harmless), why not? The answer to this is the fact that researchers have the ethical duty to identify the most effective treatment, and clinicians have the ethical duty to employ not just any odd therapy but the one that works demonstrably best. Seen from this perspective, the place of SCAM in cancer care seems far less certain than many enthusiasts try to make us believe.

2 Responses to No Effect of Lavender Oil on Perioperative Pain, Anxiety, Depression, and Sleep of Cancer Patients