Recently, I wrote about the court case of a French naturopath. Last week, the judge has issued his verdict. Miguel Barthéléry was sentenced 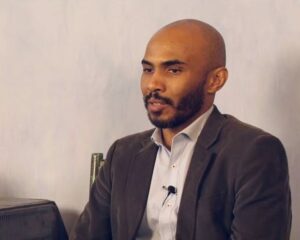 to a two-year suspended prison term and to a fine of 5 000 Euros. Two cancer patients had died following his treatments and recommendations. Barthéléry was also found guilty of impersonating a doctor and illegally practising medicine. In addition, he was also banned for life from practising as a healthcare professional.

The Paris criminal court found that Miguel Barthéléry had deliberately created confusion about his qualifications by presenting himself as a doctor on the internet and in text messages to the two victims. The defendant had claimed to have a doctorate and a post-doctorate from the United States. The judgment “has the consequence of dissuading all those who engage in the same abuses, they are now warned that we can not do anything with the health of people,” said the judge.

The case had begun in February 2019 with the complaint of the companion of a man who had died two months earlier of testicular cancer. Diagnosed in 2016, the patient had not consulted a doctor but had preferred to follow a “health plan” drawn up by the naturopath. It was based on fasting and cures, raw food, and essential oils. Later, the family of a Belgian physiotherapist, who died of uterine cancer at the age of 39, joined the legal case. However, according to Code Source, the Parisien podcast, the case is more extensive, with seven further suspicious deaths of Barthéléry’s patients.

Barthéléry’s lawyer said that the decision “raises questions more generally about the appreciation that we now have of alternative therapeutic practices, which now seem, although not prohibited by law, to be subject to condemnation by the courts.”