Efficacy of Acupuncture for Chronic Prostatitis/Chronic Pelvic Pain Syndrome? Another dubious study in a top journal 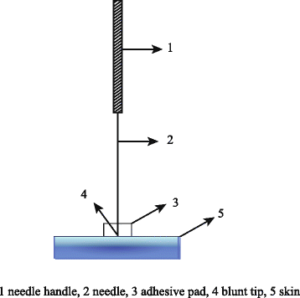 The primary outcome was the proportion of responders, defined as participants who achieved a clinically important reduction of at least 6 points from baseline on the National Institutes of Health Chronic Prostatitis Symptom Index at weeks 8 and 32. Ascertainment of sustained efficacy required the between-group difference to be statistically significant at both time points.

A total of 440 men (220 in each group) were recruited. At week 8, the proportions of responders were:

At week 32, the proportions were:

The authors concluded that, compared with sham therapy, 20 sessions of acupuncture over 8 weeks resulted in greater improvement in symptoms of moderate to severe CP/CPPS, with durable effects 24 weeks after treatment.

Previous studies of acupuncture for CP/CPPS have been unconvincing. Our own systematic review of 2012 included 9 RCTs and all suggested that acupuncture is as effective as a range of control interventions. Their methodologic quality was variable; most were associated with major flaws. Only one RCT had a Jadad score of more than 3. We concluded that the evidence that acupuncture is effective for chronic prostatitis/chronic pelvic pain syndrome is encouraging but, because of several caveats, not conclusive. Therefore, more rigorous studies seem warranted.
This new study looks definitely more rigorous than the previous ones. But is it convincing? To answer this question, we need to consider a few points.

The study was sponsored by the China Academy of Chinese Medical Sciences and the National Administration of Traditional Chinese Medicine. The trialists originate from the following institutions:

These facts, together with the previously discussed notion that clinical trials from China are notoriously unreliable, do not inspire confidence. Moreover, one might well wonder about the authors’ claim that patients were blinded. As pointed out above, the real and sham acupuncture were fundamentally different: the former did generate de qi, while the latter did not! A slightly pedantic point is my suspicion that the trial did not test the efficacy but the effectiveness of acupuncture, if I am not mistaken. Finally, one might wonder what the rationale of acupuncture as a treatment of CP/CPPS might be. As far as I can see, there is no plausible mechanism (other than placebo) to explain the effects.

So, is the evidence that emerged from the new study convincing?

In fact, I am surprised that a journal as reputable as the Annals of Internal Medicine published it.

3 Responses to Efficacy of Acupuncture for Chronic Prostatitis/Chronic Pelvic Pain Syndrome? Another dubious study in a top journal