Prof Walach’s studies of distant healing: do they reveal the difference between a scientist and a pseudoscientist?

Amongst all the many bizarre treatments so-called alternative medicine (SCAM) has to offer, distant healing is probably one of the least plausible. Essentially, it involves healers sending healing ‘energy’ to far remote patients. This energy is then supposed to stimulate the patients’ ability to heal themselves. 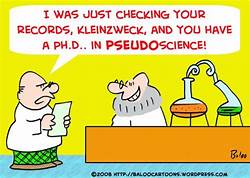 In my recent book, I summarise it as follows:

Distant healing is a form of ‘energy healing’ where the healer operates at a distance from the patient. This distance can be considerable; proponents of distant healing see no obstacle in healing even over very large distances.

Considering its implausibility, it hardly comes as a surprise that Prof Walach studied distant healing in some detail. In fact, he published three studies of it:

Objective: Little is known about the effects of distant healing in chronically ill patients, the population most likely to see a healer in practice. This study investigated whether distant healing as found in normal practice with patients representative of those seeking treatment from healers changes patients’ quality of life substantially.

Outcome measure: Patient-reported quality of life as expressed by the sum of all MOS SF-36 health survey items.

Results: Sixty patients were treated by various methods of distant healing over 5 months; 59 patients were put on a waiting list (control). Quality of life improved significantly (p < 0.0005) in the treated group (10 points), while it remained stable in the control group. Positive expectation was significantly correlated with outcome.

Conclusion: Chronically ill patients who want to be treated by distant healing and know that they are treated improve in quality of life.

Background: The Institut für Grenzgebiete der Psychologie und Psychohygiene, Freiburg (IGPP) in cooperation with the Abteilung Naturheilkunde, University Hospital, Zürich investigated whether Distant Healing has a beneficial effect on patients with diabetes mellitus regarding the state of the disease and quality of life.

Objective: The goal of the pilot study was to observe the progression of the disease with various medical and psychological measures and to explore which of them might be sensitive for measuring possible treatment effects.

Patients and methods: 14 diabetic patients were observed for a period of 16 weeks. Within this time they underwent a treatment of 4 consecutive weeks (weeks 9-12) by 5 experienced and trustworthy healers each. Patients were informed about the duration of the treatment but not about the time point of its beginning. Patients and healers never met and there was no contact between researchers and patients during the study period.

Results: With regard to medical parameters, reduction in fructosamine level was observed during the healing period, increasing fructosamine level after the end of the healing period. Sensitivity, measured only at the beginning and at the end of the study period, decreased significantly. The other parameters showed some significant changes but there was no correlation to the Distant Healing intervention. Regarding the psychological data, only improvements were observed.

Conclusions: The results indicate the possibility that a Distant Healing intervention could have certain effects on patients with diabetes mellitus.

Background: Distant healing, a form of spiritual healing, is widely used for many conditions but little is known about its effectiveness.

Methods: In order to evaluate distant healing in patients with a stable chronic condition, we randomised 409 patients with chronic fatigue syndrome (CFS) from 14 private practices for environmental medicine in Germany and Austria in a two by two factorial design to immediate versus deferred (waiting for 6 months) distant healing. Half the patients were blinded and half knew their treatment allocation. Patients were treated for 6 months and allocated to groups of 3 healers from a pool of 462 healers in 21 European countries with different healing traditions. Change in Mental Health Component Summary (MHCS) score (SF-36) was the primary outcome and Physical Health Component Summary score (PHCS) the secondary outcome.

Results: This trial population had very low quality of life and symptom scores at entry. There were no differences over 6 months in post-treatment MHCS scores between the treated and untreated groups. There was a non-significant outcome (p = 0.11) for healing with PHCS (1.11; 95% CI -0.255 to 2.473 at 6 months) and a significant effect (p = 0.027) for blinding; patients who were unblinded became worse during the trial (-1.544; 95% CI -2.913 to -0.176). We found no relevant interaction for blinding among treated patients in MHCS and PHCS. Expectation of treatment and duration of CFS added significantly to the model.

Conclusions: In patients with CFS, distant healing appears to have no statistically significant effect on mental and physical health but the expectation of improvement did improve outcome.

So, Walach first conducted an RCT and found that patients who were told that they received the healing experienced improvements. These improvements were therefore due to the expectations of these patients and had nothing to do with the distant healing per se. Next Walach conducted a study with diabetics and found that distant healing might have some significant effects. This study not only lacked a control group but its sample size was also tiny. Therefore, he called it a ‘pilot study’ and never followed it up with a proper trial with diabetic patients – all in the good old SCAM tradition of abusing the term. Finally, Walach conducted a multi-centre RCT with 409 CFS-patients and found that distant healing is ineffective. Subsequently, he seems to have stopped initiating further studies of distant healing.

The sequence of publications is remarkable on several levels. To me, it demonstrates the importance of running a proper trial at the outset of conducting research into a subject. This avoids wasting resources and betraying the trust of patients in clinical research. To a more hard-nosed sceptic, it would probably prove how utterly futile it usually is to conduct any studies of treatments that are too implausible for words.

But the story also reveals something more intriguing. I think it displays the mindset of a pseudoscientist in an exemplary fashion. Walach conducted three studies of distant healing. They were all very different in design, patient population, outcome, etc. But they all are entirely consistent with what both common sense and science would have told even the most open-minded scientist: distant healing is neither plausible nor effective beyond placebo. Yet Walach seems to refuse drawing such a conclusion. His last publication on the subject was a qualitative analysis of some of the data from his CFS-RCT. In it he states that our results support data that imply the existence of a psychophysical pathway in healing through spiritual rituals…

If your own studies fail to that a therapy works would you then use weasel-words to promote the idea that your results support data that imply the existence of a psychophysical pathway in healing through spiritual rituals? Or would you openly declare that the therapy in question is useless and therefore potentially dangerous?

Perhaps this is the difference between a scientist and a pseudoscientist?

12 Responses to Prof Walach’s studies of distant healing: do they reveal the difference between a scientist and a pseudoscientist?