John Dormandy was a consultant vascular surgeon, researcher, and medical educator best known for innovative work on the diagnosis and management of peripheral arterial disease. He had a leading role in developing, and garnering international support for, uniform guidelines that had a major impact on vascular care among specialists.

The Trans-Atlantic Inter-Society Consensus on Management of Peripheral Arterial Disease (TASC) was published in 2000.1 Dormandy, a former president of clinical medicine at the Royal Society of Medicine, was the genial force behind it, steering cooperation between medical and surgical society experts in Europe and North America.

“TASC became the standard for describing the severity of the problem that patients had and then defining what options there were to try and treat them,” says Alison Halliday, professor of vascular surgery at Oxford University who worked with Dormandy at St George’s Hospital, London. “It was the first time anybody had tried to get this general view on the complex picture of lower limb artery disease,” she says. 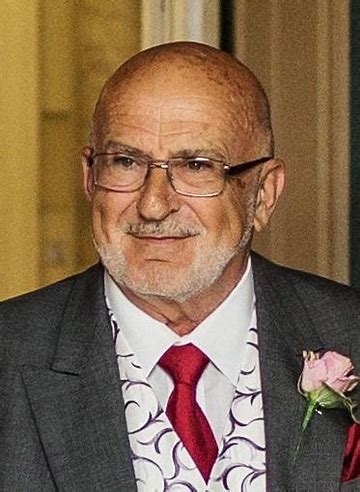 After stumbling across this totally unexpected obituary in the BMJ, I was deeply saddened. John was a close friend and mentor; I admired and loved him. He has influenced my life more than anyone else.

Our paths first crossed in 1979 when I applied for a post in his lab at St George’s Hospital, London. Even though I had never really envisaged a career in research, I wanted this job badly. At the time, I had been working as a SHO in a psychiatric hospital and was most unhappy. All I wished at that stage was to get out of psychiatry.

John offered me the position (mainly because of my MD thesis in blood clotting, I think) which was to run his haemorheology (the study of the flow properties of blood) lab. At the time, St Georges consisted of a research tract, a library, a squash court and a mega-building site for the main hospital.

John’s supervision was more than relaxed. As he was a busy surgeon then operating at a different site, I saw him only about once per fortnight, usually for less than 5 minutes. John gave me plenty of time to read (and to play squash!). As he was one of the world leader in haemorheology research, the lab was always full with foreign visitors who wanted to learn our methodologies. We all learnt from each other and had a great time!

After about two years, I had become a budding scientist. John’s mentoring had been minimal but nevertheless most effective. After I left to go back to Germany and finish my clinical training, we stayed in contact. In Munich, I managed to build up my own lab and continued to do haemorheology research. We thus met regularly, published papers and a book together, organised conferences, etc. It was during this time that my former boss became my friend.

Later, he also visited us in Vienna several times, and when I told him that I wanted to come back to England to do research in alternative medicine, he was puzzled but remained supportive (even wrote one of the two references that got me the Exeter job). I think he initially felt this might be a waste of a talent, but he soon changed his mind when he saw what I was up to.

John was one of the most original thinkers I have ever met. His intellect was as sharp as a razor and as fast as lightening. His research activities (>220 Medline listed papers) focussed on haemorheology, vascular surgery and multi-national mega-trials. And, of course, he had a wicket sense of humour. When he had become the clinical director of St George’s, he had to implement a strict no-smoking policy throughout the hospital. Being an enthusiastic cigar smoker, this presented somewhat of a problem for him. The solution was simple: at the entrance of his office John put a sign ‘You are now leaving the premises of St George’s Hospital’.

I saw John last in February this year. My wife and I had invited him for dinner, and when I phoned him to confirm the booking he said: ‘We only need a table for three; Klari (his wife) won’t join us, she died just before Christmas.’ I know how he must have suffered but, in typical Dormandy style, he tried to dissimulate and make light of his bereavement. During dinner he told me about the book he had just published: ‘Not a bestseller, in fact, it’s probably the most boring book you can find’. He then explained the concept of his next book, a history of medicine seen through the medical histories of famous people, and asked, ‘What’s your next one?’, ‘It’s called ‘Don’t believe what you think’, ‘Marvellous title!’, he exclaimed.

We parted that evening saying ‘see you soon’.

I will miss my friend vey badly.