Is acupuncture more than a theatrical placebo? Acupuncture fans are convinced that the answer to this question is YES. Perhaps this paper will make them think again.

Three evidence maps (pain, mental conditions, and other conditions) are shown below 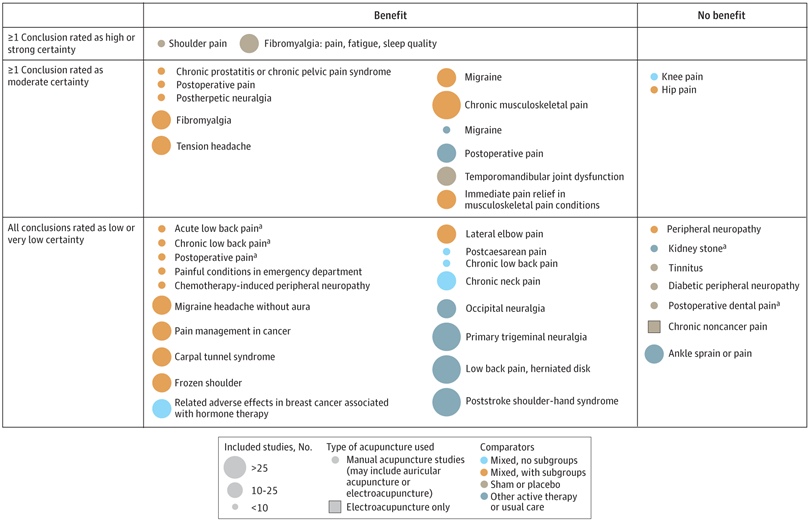 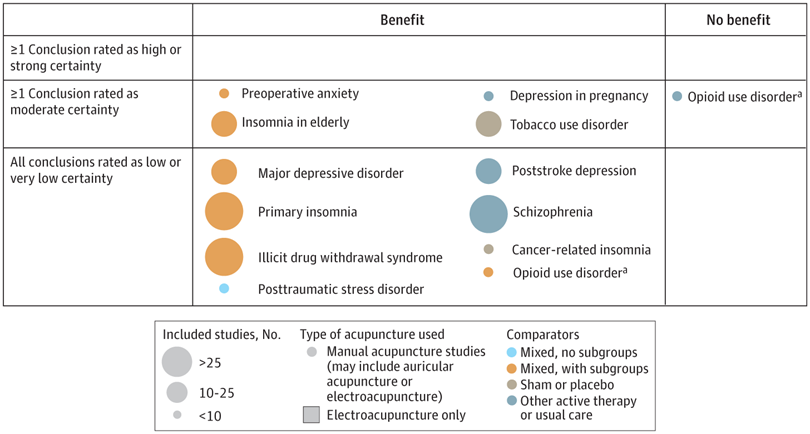 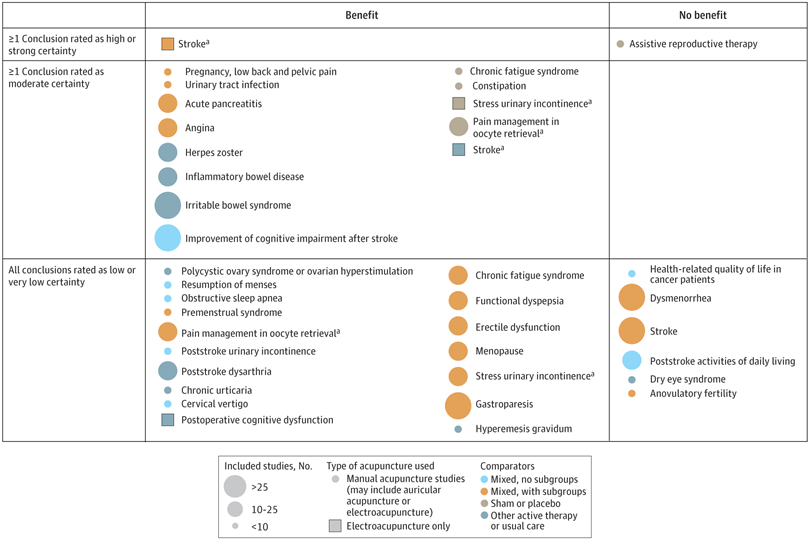 These findings are sobering for those who had hoped that acupuncture might be effective for a range of conditions. Despite the fact that, during recent years, there have been numerous systematic reviews, the evidence remains negative or flimsy. As 34 reviews originate from China, and as we know about the notorious unreliability of Chinese acupuncture research, this overall result is probably even more negative than the authors make it out to be.

Considering such findings, some people (including the authors of this analysis) feel that we now need more and better acupuncture trials. Yet I wonder whether this is the right approach. Would it not be better to call it a day, concede that acupuncture generates no or only relatively minor effects, and focus our efforts on more promising subjects?