It has been reported that the Regional Court of Dortmund has prohibited the manufacturer of the homeopathic cold remedy Meditonsin from advertising with false health claims. The court did not see sufficient evidence for the advertising claims.

The Consumer Advice Centre (VZ) of North Rhine-Westphalia issued a warning to the Meditonsin manufacturer (MEDICE Arzneimittel Pütter GmbH & Co.) for misleading advertising statements and sued them. The complaint was:

The Dortmund Regional Court was not convinced by a study referred to by the manufacturer. On its website, the manufacturer of Meditonsin presents the results of a “current, large-scale user study with more than 1,000 patients” under the heading “Proven efficacy & tolerability”. According to a pie chart, 90% of the patients were satisfied or very satisfied with the effect of Meditonsin. 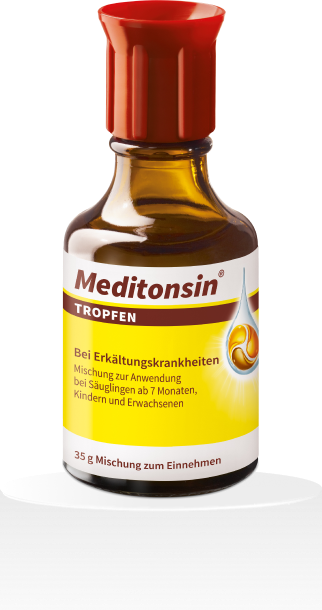 However, according to the VZ, the study was only a “pharmacy-based observational study” with little scientific validity. Despite the lack of evidence, the manufacturer claimed that “the good efficacy and tolerability of Meditonsin® Drops could once again be impressively confirmed”. The Dortmund Regional Court, however, followed the VZ’s statement of grounds for action. “It is not allowed to advertise with statements that give the false impression that a successful treatment can be expected with certainty, as the advertisement for Meditonsin drops suggests,” emphasized Gesa Schölgens, head of “Faktencheck Gesundheitswerbung”, a joint project of the consumer centres of North Rhine-Westphalia and Rhineland-Palatinate. According to the Therapeutic Products Advertising Act, this is prohibited.

The Dortmund Regional Court also found that consumers were misled by the advertising because it gave a false impression that no harmful side effects were to be expected when taking Meditonsin. The package leaflet of the drug listed several side effects. According to this, there could even be an initial worsening of the symptoms after taking the medicine.

According to the VZ, the alleged advantage of the “natural medicinal product” over “many chemical-synthetic medicinal products that only suppress the symptoms”, as presented by the manufacturer, is also inadmissible. This is because it is not permissible to advertise to consumers with claims that the effect is equivalent or superior to that of another medicinal product. This, too, was confirmed by the court.

In case you like to know more about the remedy, this is from its English language site:

Meditonsin consists of Aconitum, Atropinum Sulfuricum, Mercurius Cyanatus. Active ingredient is the part of the drug or medicine which is biologically active. This portion of the drug is responsible for the main action of the drug which is intended to cure or reduce the symptom or disease.