Trials of homeopathy: a new database

The authors of this article searched 37 online sources, as well as print libraries, for homeopathy (HOM) and related terms in eight languages (1980 to March 2021). They included studies that compared a homeopathic medicine or intervention with a control regarding the therapeutic or preventive outcome of a disease (classified according to International Classification of Diseases-10). Subsequently, the data were extracted independently by two reviewers and analyzed descriptively.

A total of 636 investigations met the inclusion criteria, of which 541 had a therapeutic and 95 a preventive purpose. Seventy-three percent were randomized controlled trials (n = 463), whereas the rest were non-randomized studies (n = 173). The most frequently employed comparator was placebo (n = 400). 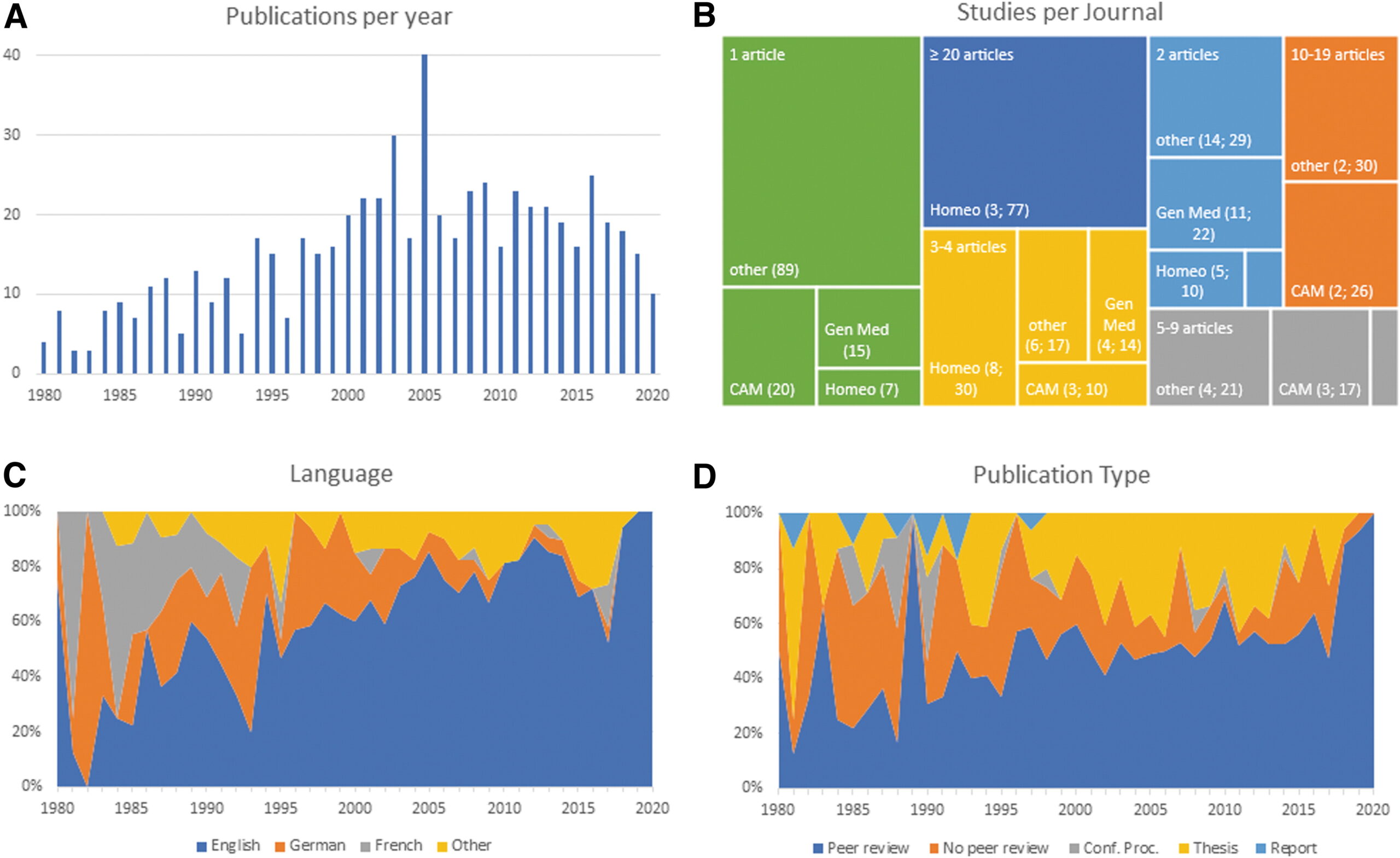 The type of homeopathic intervention was classified as:

The potencies ranged from 1X (dilution of -10,000) to 10 M (100–10.000). The included studies explored the effect of HOM in 223 different medical indications. The authors also present the evidence in an online database.

The authors concluded that this bibliography maps the status quo of clinical research in HOM. The data will serve for future targeted reviews, which may focus on the most studied conditions and/or homeopathic medicines, clinical impact, and the risk of bias of the included studies.

There are still skeptics who claim that no evidence exists for homeopathy. This paper proves them wrong. The number of studies may seem sizable to homeopaths, but compared to most other so-called alternative medicines (SCAMs), it is low. And compared to any conventional field of healthcare, it is truly tiny.

There are also those who claim that no rigorous trials of homeopathy with a positive results have ever emerged. This assumption is also erroneous. There are several such studies, but this paper was not aimed at identifying them. Obviously, the more important question is this: what does the totality of the methodologically sound evidence show? It fails to convincingly demonstrate that homeopathy has effects beyond placebo.

The dataset established by this article will now almost certainly be used for numerous further analyses. I hope that this work will not be left to enthusiasts of homeopathy who have often demonstrated to be blinded by their own biases and are thus no longer taken seriously outside the realm of homeopathy. It would be much more productive, I feel, if independent scientists could tackle this task.

21 Responses to Trials of homeopathy: a new database