THE GUARDIAN reported yesterday that Penny Mordaunt, a leading contender to win the Conservative party leadership contest and become the UK prime minister, has repeatedly advocated the use of homeopathy on the National Health Service (NHS). 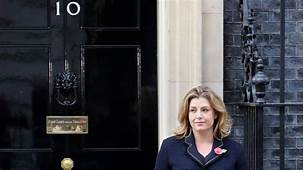 Mordaunt, is currently the bookmakers’ favorite to replace Boris Johnson. In June 2010 she was one of 16 supporters of an early day motion in the House of Commons sharply criticizing the British Medical Association for voting to withdraw NHS support for homeopathy. The motion claimed there was “overwhelming anecdotal evidence that homeopathy is effective, frequently in cases when patients have not found relief through conventional medical treatments”. The statement signed by Mordaunt called on the government to allow health commissioners to refer patients to “homeopathic doctors and approved homeopaths”.

Four years later Mordaunt again intervened on behalf of homeopathy. She declared in a tweet that GPs “should have freedom to decide” if they wished to prescribe homeopathic treatments to NHS patients. In July 2014, Peter Stokes, a data director at the Office for National Statistics, wrote on Twitter that Mordaunt was a “supporter of homeopathy on NHS”, adding: “Hard to vote for people who don’t believe in evidence-based decisions.” In response, Mordaunt wrote: “Hi, I support drinking cranberry juice for UTIs & campaigned for better access to osteopathy. Do pl email me for more info.” Stokes wrote back: “Both reasonable, but you also signed [the 2010 early day motion]. “Homeopathy is the worst kind of bunkum medicine.” Mordaunt replied: “I don’t think GPs referring 2 homeopathy 2 cure cancer. Do think they should have freedom to decide. Pl email for more info.”

Her renewed support for homeopathy came five months after Dame Sally Davies, then the government’s chief medical officer, had dismissed homeopathy as a waste of time and money. “There is no evidence that homeopathy extends life for cancer patients – or indeed for patients with any other condition,” Davies said in February 2014.

Daisy Cooper, the Liberal Democrats’ health spokesperson, said: “It’s alarming that someone who could be appointed prime minister in a few weeks’ time has repeatedly supported homeopathy being provided by the NHS, despite concerns about the practice among health experts. “Penny Mordaunt should make clear that she will focus on fixing the real issues facing the NHS like soaring ambulance waiting times, not on imposing homeopathic treatments.”

Mordaunt has also voted against smoking bans, and consistently voted against restricting the provision of services to private patients by the NHS, according to the website TheyWorkForYou, which monitors the voting records of MPs.

To me, this looks as though Penny Mordaunt disregards scientific evidence at the cost of public health. Call me old-fashioned, but I do not think that such an attitude is an ideal qualification for becoming our next prime minister.

I was unable to find any evidence related to the other Tory contenders’ attitude towards so-called alternative medicine (SCAM). If any of my readers have such information, please let me know.