Fraud and sex offences by chiropractors

Two chiropractors conducted a retrospective review of publicly available data from the California Board of Chiropractic Examiners. Their aim was to determine categories of offense, experience, and gender of disciplined doctors of chiropractic (DC) in California and compare them with disciplined medical physicians in California.

Retrospective reviews of publicly available data from the California Board of Chiropractic Examiners. 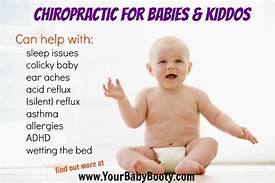 The DC disciplinary categories, in descending order, were

The authors concluded that the professions differ in the major reasons for disciplinary actions. Two thirds (67%) of the doctors of chiropractic were disciplined for fraud and sexual boundary issues, compared with 59% for negligence and substance misuse for medical physicians. Additional study in each profession may reveal methods to identify causes and possible intervention for those who are at high risk.

The two authors of this paper should be congratulated for their courage to publish such a review. These figures seem shocking. But I think that in reality some of them might be far higher. Take the important matter of competence, for instance. If you consider it competent that chiropractors treat conditions other than back pain, you might arrive at the above-mentioned figure of 6%. If you consider this as incompetent, as I do, the figure might be one order of magnitude higher (for more on unprofessional conduct by chiropractors see here).

The abstract of the paper does not provide comparisons to the data related to the medical profession. Here they are; relative to doctors, chiropractors are:

The frequency of fraud is particularly striking. Come to think of it, however, it is not all that amazing. I have said it before: chiropractic is in my view mostly about money.

30 Responses to Fraud and sex offences by chiropractors