Astrology determines mortality … torture the data until they confess!

This study assessed the effects of being born under the zodiac sign Pisces on mortality. For that purpose, a retrospective observational study was conducted of the data from 26 Scandinavian intensive care units between 2009 and 2011. Patients aged 18 years or older with severe sepsis and in need of fluid resuscitation were included from the Scandinavian Starch for Severe Sepsis/ Septic Shock (6S) trial. The main outcome measure was the 90-day mortality. 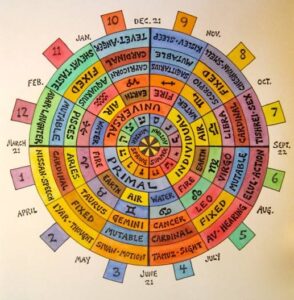 The authors concluded that in a multicentre randomised clinical trial of IV fluids, being born under the sign of Pisces was associated with a decreased risk of death. Our study shows that with convenient use of statistics and an enticing explanatory hypothesis, it is possible to achieve significant findings in post-hoc analyses of data from large trials.

This is an excellent paper! It showcases the sort of nonsense one can do with datasets, statistics, and post hoc hypotheses. The authors entitled their article “Gone fishing in a fluid trial”, and this title should ensure that there are not some astrology nutters who mistake correlation for causation