Tai chi is a form of exercise that combines deep breathing and relaxation with meditative, slow movements. Originally developed as a martial art in 13th-century China, tai chi is now practised around the world as a health-promoting exercise. Despite its popularity, its therapeutic value is not clear. 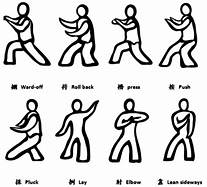 This randomized, assessor-blinded trial examined the therapeutic efficacy of tai chi for the management of central obesity. A total of 543 participants with central obesity were randomly assigned in a 1:1:1 ratio to:

The authors concluded that Tai chi is an effective approach to reduce WC in adults with central obesity aged 50 years or older.

This is a decent trial with an odd conclusion: it is not just the Tai chi intervention but both types of exercise that yield significantly positive effects on the primary outcome measure. So, why did the authors not conclude exercise is an effective approach to reduce WC in adults with central obesity aged 50 years or older?

Could it be that such a conclusion would have meant stating the obvious?

One Response to Tai chi for weight loss?