Is Cannabis an Effective Treatment for PTSD?

Post-traumatic stress disorder (PTSD), previously known as battle fatigue syndrome or shell shock, is a condition that can be triggered by the experience of some frightening event. PTSD can be debilitating leading to the production of feelings of helplessness, intense fear, and horror. Numerous treatments of PTSD exist but few have been shown to be truly effective. A team of Canadian researchers explored the effects of cannabis on PTSD symptoms, quality of life (QOL), and return to work (RTW). Their systematic review also investigated harms such as adverse effects and dropouts due to adverse effects, inefficacy, and all-cause dropout rates.

Their electronic searches located one RCT and 10 observational studies (n = 4672). Risk of bias (RoB) was assessed with the Cochrane risk of bias tool and ROBINS-I. Evidence from the included studies was mainly based on studies with no comparators. Results from unpooled, high RoB studies suggested that cannabis was associated with a reduction in overall PTSD symptoms and improved QOL. Dry mouth, headaches, and psychoactive effects such as agitation and euphoria were the most commonly reported adverse effects. In most studies, cannabis was well tolerated. A small proportion of patients experienced a worsening of PTSD symptoms.

The authors concluded that the evidence in the current study primarily stems from low quality and high RoB observational studies. Further RCTs investigating cannabis effects on PTSD treatment should be conducted with larger sample sizes and explore a broader range of patient-important outcomes.

Various drugs are currently used for the treatment of PTSD including selective serotonin reuptake inhibitors; tricyclic antidepressants (amitriptyline and isocarboxazid); mood stabilizers (Divalproex and lamotrigine); atypical antipsychotics (aripiprazole and quetiapine) but their effectiveness has not been proven. A recent systematic review included 30 RCTs of a range of heterogeneous non-psychological and non-pharmacological interventions. There was emerging evidence for 6 different approaches: 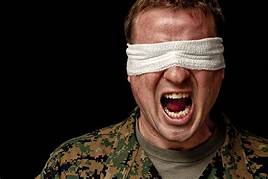 This list makes me wonder: are these treatments, including cannabis, truly promising, or is PTSD one of those conditions for which nearly every treatment works a little because of its placebo effect?

One Response to Is Cannabis an Effective Treatment for PTSD?