As I don’t live in the UK at present, I miss much of what the British papers report about so-called alternative medicine (SCAM). Therefore, I am a bit late to stumble over an article on the business activities of our Royals. It brought back into memory a little tiff I had with Prince Charles.

The article in the Express includes the following passage: 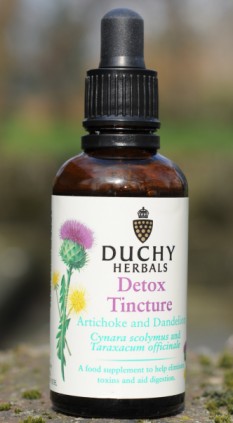 The UK’s first professor of complementary medicine, Edzard Ernst, dubbed the Duchy Originals detox tincture — which was being sold on the market at the time — “outright quackery”.

The product, called Duchy Herbals’ Detox Tincture, was advertised as a “natural aid to digestion and supports the body’s elimination processes” and a “food supplement to help eliminate toxins and aid digestion”.

The artichoke and dandelion mix cost £10 for a 50ml bottle.

Yet, Professor Ernst said Charles and his advisers seemed to be ignoring the science in favour of relying on “make-believe” and “superstition”, and said the suggestion that such products could remove bodily toxins was “implausible, unproven and dangerous”.

He noted: “Prince Charles thus financially exploits a gullible public in a time of financial hardship.”

This passage describes things accurately but not completely. What actually happened was this:

Unbeknown to me and with the help of some herbalists, Duchy Originals had developed the ‘detox tincture’ during a time when I was researching the evidence about ‘detox’. Eventually, my research was published as a review of the detox concept:

Background: The concept that alternative therapies can eliminate toxins and toxicants from the body, i.e. ‘alternative detox’ (AD) is popular.

Sources of data: Selected textbooks and articles on the subject of AD.

Areas of agreement: The principles of AD make no sense from a scientific perspective and there is no clinical evidence to support them.

Areas of controversy: The promotion of AD treatments provides income for some entrepreneurs but has the potential to cause harm to patients and consumers.

Growing points: In alternative medicine, simplistic but incorrect concepts such as AD abound. AREAS TIMELY FOR RESEARCH: All therapeutic claims should be scientifically tested before being advertised-and AD cannot be an exception.

When I was asked by a journalist what I thought about Charles’ new ‘detox tincture’, I told her that it was not supported by evidence which clearly makes it quackery. I also joked that Duchy Originals could thus be called ‘Dodgy Originals’. The result was this newspaper article and a subsequent media storm in the proverbial teacup.

At Exeter University, I had just fallen out of favor because of the ‘Smallwood Report’ and the complaint my involvement in it prompted by Charles’ first private secretary (full story in my memoir). After the ‘Dodgy Originals story’ had hit the papers, I was summoned ominously to my dean, Prof John Tooke, who probably had intended to give me a dressing down of major proportions. By the time we were able to meet, a few weeks later, the MHRA had already reprimanded Duchy Originals for misleading advertising which took most of the wind out of Tooke’s sail. The dressing down thus turned into something like “do you have to be so undiplomatic all the time?”.

Several months later, I was invited by the Science Media Centre, London, to give a lecture on the occasion of my retirement (Fiona Fox, the head of the SMC, had felt that, since my own University does not have the politeness to run a valedictory lecture for me, she will organize one for journalists). In that short lecture, I tried to summarize 19 years of research which inevitably meant briefly mentioning Charles and his foray into detox.

The advice of Tooke (who by then had left Exeter) to be more diplomatic had evidently not borne fruits (but the tinctures were discreetly taken off the market).

This has been a question that I had to ask myself regularly during my 19 years at Exeter. For about 10 years, I had tried my best to walk the ‘diplomatic route’. When I realised that, in alternative medicine, the truth is much more important than diplomacy, I gradually changed … and despite all the hassle and hardship it brought me, I do not regret the decision.