Words of wisdom from Donald Trump on science and related matters

As the world is waiting for the drawn-out process of vote-counting in the US to end, and as Trump has already declared himself to be the winner, it is easy to get emotional about the harm the current POTUS has done (and might do in future) to his country and the world. One comment I read this morning:

Christians have feared the arrival of the Anti-Christ for 2 000 years. And as soon as he appears, they vote for him.

I have to admit that I find it amazing that close to 50% of the US citizens, after observing Trump in action, are not wiser than to vote for him – amazing and frightening!

Yet, we must remain rational.

To remind myself why I, as a scientist, find Donald Trump so deeply objectionable, I have collected a few of his quotes on science. I hope you see my point: 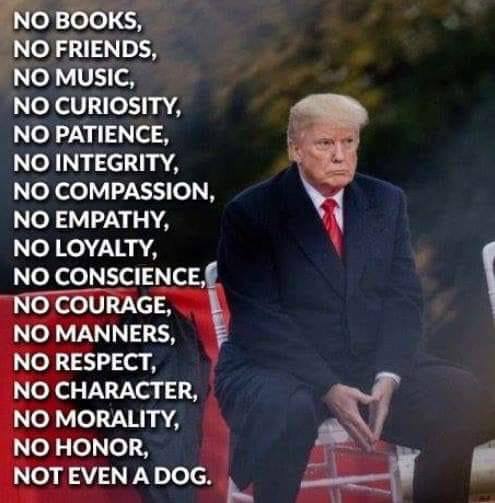 To this picture, we evidently have to add

NO UNDERSTANDING OF OR RESPECT FOR SCIENCE.