Waldorf schools are a danger to public health

Steiner with his wife (right) and Ita Wegman, his lover (left).

Anthroposophic medicine was founded by Steiner and Ita Wegman in the early 20th century. Currently, it is being promoted as an extension of conventional medicine. Proponents claim that “its unique understanding of the interplay among physiological, soul and spiritual processes in healing and illness serves to bridge allopathy with naturopathy, homeopathy, functional/nutritional medicine and other healing systems.” Its value has repeatedly been questioned, and clinical research in this area is often less than rigorous. 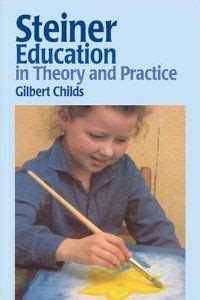 Anthroposophic education was developed in the Waldorf school that was founded by Steiner in 1919 to serve the children of employees of the Waldorf-Astoria cigarette factory in Stuttgart, Germany. Pupils of Waldorf or Steiner schools, as they are also frequently called, are encouraged to develop independent thinking and creativity, social responsibility, respect, and compassion.

Waldorf schools implicitly infuse spiritual and mystic concepts into their curriculum. Like some other alternative healthcare practitioners – for instance, doctors promoting integrative medicine, chiropractors, homeopaths and naturopaths – some doctors of anthroposophic medicine take a stance against childhood immunizations. In a 2011 paper, I summarised the evidence which showed that in the UK, the Netherlands, Austria and Germany, Waldorf schools have been at the centre of measles outbreaks due to their stance regarding immunisations.

Alternative schools had an average PBE rate of 8.7%, compared with 2.1% among public schools. Waldorf schools had the highest average PBE rate of 45.1%, which was 19 times higher than in public schools (incidence rate ratio = 19.1; 95% confidence interval = 16.4, 22.2). Montessori and holistic schools had the highest average annual increases in PBE rates, slightly higher than Waldorf schools (Montessori: 8.8%; holistic: 7.1%; Waldorf: 3.6%).

The authors concluded that Waldorf schools had exceptionally high average PBE rates, and Montessori and holistic schools had higher annual increases in PBE rates. Children in these schools may be at higher risk for spreading vaccine-preventable diseases if trends are not reversed.

As the world is hoping for the arrival of an effective vaccine against the corona virus, these figures should concern us.

18 Responses to Waldorf schools are a danger to public health