Acupuncture is not effective for ‘Delayed-Onset Muscle Soreness’ 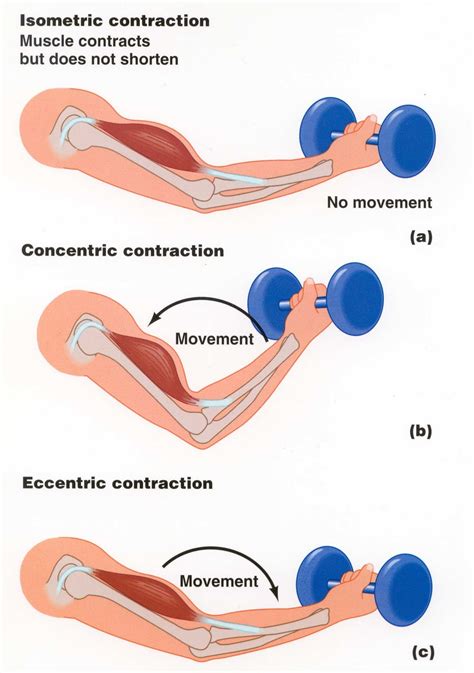 These injuries cause pain which usually is greatest about 72 hours after the exercise. This type of pain is called delayed-onset muscle soreness (DOMS) and provides an accessible model for studying the effects of various treatments that are said to have anaesthetic activities; it can easily be reproducibly generated without lasting harm or ethical concerns.

In so-called alternative medicine (SCAM) DOMS is employed regularly to test treatments which are promoted for pain management. Thus several acupuncture trials using this method have become available. Yet, the evidence for the effects of acupuncture on DOMS is inconsistent which begs the question whether across all trials an effects emerges.

The aim of this systematic review therefore was to explore the effects of acupuncture on DOMS. Studies investigating the effect of acupuncture on DOMS in humans that were published before March 2020 were obtained from 8 electronic databases. The affected muscles, groups, acupuncture points, treatment sessions, assessments, assessment times, and outcomes of the included articles were reviewed. The data were extracted and analysed via a meta-analysis.

A total of 15 articles were included, and relief of DOMS-related pain was the primary outcome. The meta-analysis showed that there were no significant differences between acupuncture and sham/control groups, except for acupuncture for DOMS on day 1 (total SMD = -0.62; 95% CI = -1.12∼0.11, P < 0.05) by comparing with control groups. 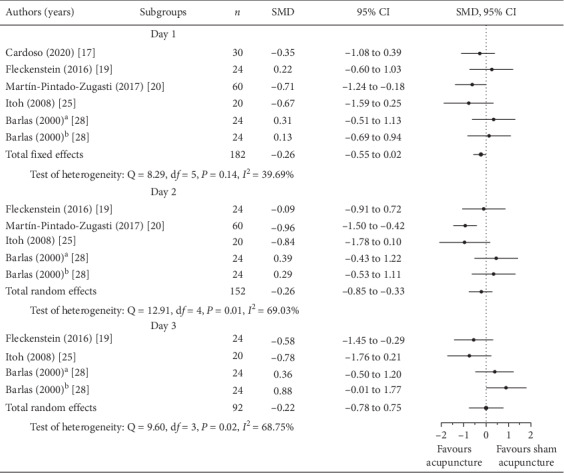 The authors concluded that acupuncture for DOMS exhibited very-small-to-small and small-to-moderate effects on pain relief for the sham and no acupuncture conditions, respectively. Evidence indicating the effects of acupuncture on DOMS was little because the outcome data during the follow-up were insufficient to perform an effective meta-analysis.

A mere glance at the Forrest plot reveals that acupuncture is unlikely to have any effect on DOMS at all. The very small average effect that does emerge originates mainly from one outlier, the 2008 study by Itoh et al. This trial was published by three acupuncturists from the Department of Clinical Acupuncture and Moxibustion, Meiji University of Integrative Medicine, Kyoto, Japan. It has numerous weaknesses, for instance there are just 10 volunteers in each group, and can therefore be safely discarded.

In essence, this means that there is no good evidence that acupuncture is effective at reducing pain caused by DOMS.