When I first saw this press-release, I thought it was a hoax. After all, it came from a most dubious homeopathic source. Then I read it again and was no longer sure.

Here it is in full:

Santa Clara, Cuba, April 3,2020 (Prensa Latina) The homeopathic medicine Prevengho-VIR began to be administered as a measure to confront the Covid-19 in this province of central Cuba. 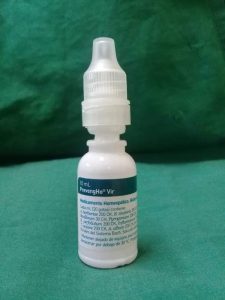 Dr. Mirtha Rosa Hernandez, head of the Department of the Elderly in Villa Clara, reported that the supply of the preparation began in the Grandparents’ Homes and Elderly Homes of the territory, which has 184,000 people over 60 years old, 23.9 percent of the local universe. The medicine is administered by doctors and nurses of the basic working group where the Grandparents’ Homes and Nursing Homes are located in the 13 municipalities of this province.

This homeopathic medicine comes in a 10-milliliter bottle, and the daily dosage is 5 drops, thrice a day; while on the tenth day a reactivation of the initial dose is performed. It is aimed at preventing the respiratory diseases in this risk group, in addition to other medical conditions, such as dengue.

In the upcoming days it will be extended to the Maternal Homes. It is administered by the doctors and the nurses from the basic work group of the senior homes.

She said, that besides avoiding the new coronavirus the formula is also aimed at preventing respiratory diseases in this risk group, in addition to others such as dengue fever.

This medicine can also be administered to children under 10 years old, pregnant women, nursing mothers, and patients with liver disorders.

As I said, I was not sure whether this was for real. Is it possible that even officials are so stupid, brainwashed or gullible to go for homeopathy in such a serious situation?

In an attempt to find out, I did a little search and quickly found that the story has been reported by multiple media. This, for instance, is what the Miami Herald reported:

As scientists around the world speed up clinical trials to find a cure or vaccine for the coronavirus, the Cuban government will begin distributing a homeopathic remedy to the elderly and other vulnerable people to “prevent” the spread of the disease, a top health official said.

Dr. Francisco Durán, national director of Epidemiology at the Ministry of Public Health, said in a press conference on Sunday that “sublingual drops” of the compound PrevengHo-Vir “prevent different diseases such as influenza, the common cold, dengue, and emerging viral infections such as this one.”

On Monday, Durán tried to correct his statements and said that the product “does not prevent contagion” but rather “increases resistance, the body’s defenses against a certain virus.”

Several state media outlets reported that PrevengHo-Vir is already being used in various Cuban provinces to treat the elderly and other groups vulnerable to the coronavirus. There is no internet record of PrevengHo-Vir, other than press reports about the announcement of its distribution in Cuba.

In this case, let me try to predict what will happen next:

Nothing wrong with that, some will say. Others who understand research methodology will, however, point out that these data are less than convincing.

In such case/control studies, one large group of patients [A] is compared to another group [B]. Group A has been treated homeopathically, while group B received no homeopathy. Any difference in outcome between A and B might be due to a range of circumstances that are unrelated to the homeopathic treatment, for instance:

Such concerns are not totally unfounded; after all, Cuba seems to have a long history of making irresponsible claims for their homeopathic products.