Thought Field Therapy: a course offered by the ‘College of Quack Medicine’

The website of this organisation is always good for a surprise. A recent announcement relates to a course of Thought Field Therapy (TFT):

As part of our ongoing programme to explore prospects for improved healthcare, the College is pleased to announce a course on TFT – a “Tapping” therapy – independently provided by Janet Thomson MSc.

In healthcare we may find ourselves exhausting the evidence-based options and still looking for ways to help our patients. So when trusted practitioners suggest simple and safe approaches that appear to have benefit we are interested.

TFT is a simple non-invasive, technique that anyone can learn, for themselves or to pass on to their patients, to help cope with negative thoughts and emotions. It was developed by Roger Callahan who discovered that tapping on certain meridian points could help counter negative emotions. Janet trained with Roger and has become an accomplished exponent of the technique.

Janet has contracted her usual two-day course into one: to get the most from this will require access to her Tapping For Life book and there will be pre-course videos demonstrating some of the key techniques.  The second consecutive day is available for advanced TFT training, to help in dealing with difficult cases, as well as how to integrate TFT with other modalities.

What, you don’t know what TFT is? Let me fill you in.

According to Wiki, TFT is a fringe psychological treatment developed by an American psychologist, Roger Callahan.[2] Its proponents say that it can heal a variety of mental and physical ailments through specialized “tapping” with the fingers at meridian points on the upper body and hands. The theory behind TFT is a mixture of concepts “derived from a variety of sources. Foremost among these is the ancient Chinese philosophy of chi, which is thought to be the ‘life force’ that flows throughout the body”. Callahan also bases his theory upon applied kinesiology and physics.[3] There is no scientific evidence that TFT is effective, and the American Psychological Association has stated that it “lacks a scientific basis” and consists of pseudoscience.[2]

Other assessments are even less complimentary: Thought field therapy (TFT) is a New Age psychotherapy dressed up in the garb of traditional Chinese medicine. It was developed in 1981 by Dr. Roger Callahan, a cognitive psychologist. While treating a patient for water phobia: 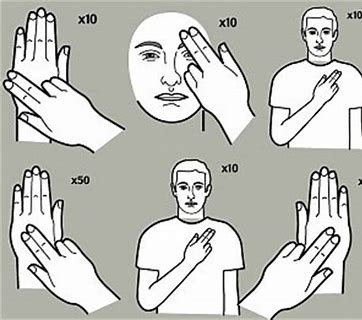 He asked her to think about water, tap with two fingers on the point that connected with the stomach meridian and much to his surprise, her fear of water completely disappeared.*

Callahan attributes the cure to the tapping, which he thinks unblocked “energy” in her stomach meridian. I don’t know how Callahan got the idea that tapping on a particular point would have anything to do with relieving a phobia, but he claims he has developed taps for just about anything that ails you, including a set of taps that can cure malaria (NPR interview).

The theory behind TFT is that negative emotions cause energy blockage and if the energy is unblocked then the fears will disappear. Tapping acupressure points is thought to be the means of unblocking the energy. Allegedly, it only takes five to six minutes to elicit a cure. Dr. Callahan claims an 85% success rate. He even does cures over the phone using “Voice Technology” on infants and animals; by analyzing the voice he claims he can determine what points on the body the patient should tap for treatment.

Yes, TFT seems utterly implausible – but what about the clinical evidence?

There are quite a few positive controlled clinical trials of TFT. They all have one thing in common: they smell fishy to me! I know, that’s not a very scientific judgement. Let me rephrase it: I am not aware of a single trial that proves TFT to have effects beyond placebo (if you know one, please post the link).

And Janet Thomson, MSc (the therapist who runs the course), who is she? Her website is revealing; have a look if you are interested. If not, it might suffice to say that she modestly claims that she is an outstanding Life Coach, Therapist & Trainer.

So, considering that TFT is so very implausible and unproven, why does the ‘College of Medicine and Integrated Healthcare’ promote it in such strong terms?

I have to admit, I do not know the answer – perhaps they want at all costs to become known as the ‘College of Quack Medicine’?

8 Responses to Thought Field Therapy: a course offered by the ‘College of Quack Medicine’