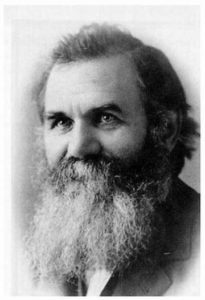 46 Responses to David Daniel Palmer: the life of a genius or the career of a charlatan?