HOMEOPATHY WORKS! It is as effective as Ibuprofen for pain control … No, no, no – just joking

For some researchers, the question whether homeopathy works beyond a placebo effect is not as relevant as the question whether it works as well as an established treatment. To answer it, they must conduct RCTs comparing homeopathy with a therapy that has been shown beyond reasonable doubt to be effective, i.e better than placebo. Such a drug is, for instance, Ibuprofen.

The purpose of this study was to compare the efficacy of Ibuprofen and homeopathic Belladonna for orthodontic pain. 51 females and 21 males, were included in this study. Cases with non-extraction treatment plan having proper contacts’ mesial and distal to permanent first molar and currently not taking any analgesics or antibiotics were included in the study. They were randomly divided into two groups; one group was assigned to ibuprofen 400 mg and second group took Belladonna 6C (that’s a dilution of 1: 1000000000000). Patients were given two doses of medication of their respective remedies one hour before placement of elastomeric separators (Ormco Separators, Ormco Corporation, CA, USA) and one dose 6 h after the placement. Pain scores were recorded on a visual analogue scale (VAS) 2 h after placement, 6 h after placement, bedtime, day 1 morning, day 2 morning, day 3 morning and day 5 morning.

The comparisons showed that there were no differences between the two groups at any time point. 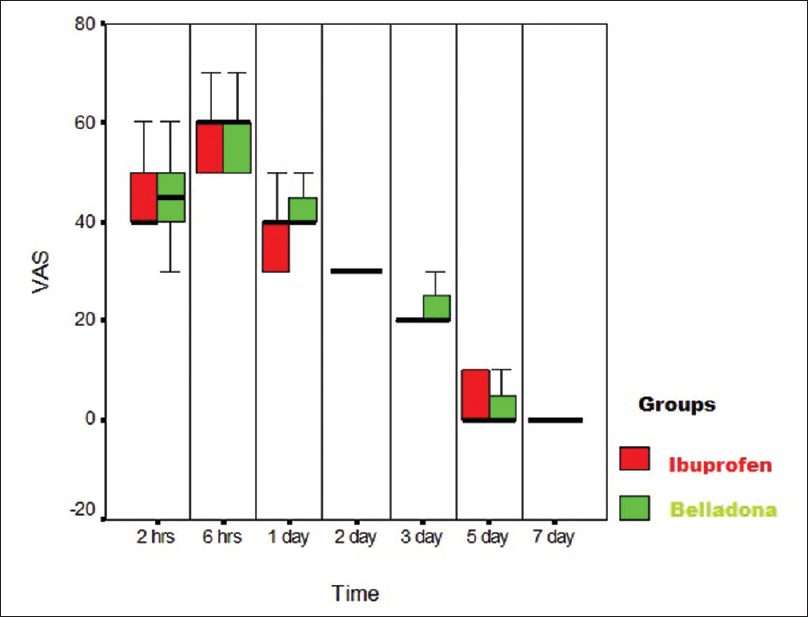 FINALLY, THE PROOF HOMEOPATHS HAVE BEEN WAITING FOR: HOMEOPATHY DOES WORK AFTER ALL!

Not so fast – before we draw any conclusions, let’s have a closer look at this study. Here are a few of its limitations (apart from the fact that it was published in a journal that does not exactly belong to the ‘crème de la crème’ of medical publications):

Therefore, all this trial does demonstrate that the sample was too small for an existing group difference in favour of Ibuprofen to show.

So sorry, my homeopathic friends!

74 Responses to HOMEOPATHY WORKS! It is as effective as Ibuprofen for pain control … No, no, no – just joking