A new and despicable low for homeopathy

Yesterday was the 80th anniversary of the Kristallnacht, the infamous start of the Nazi holocaust. For Cristian Becker, a German PR man who is currently spending much of his time promoting homeopathy and attacking critics of homeopathy, it was the occasion to publish this tweet: 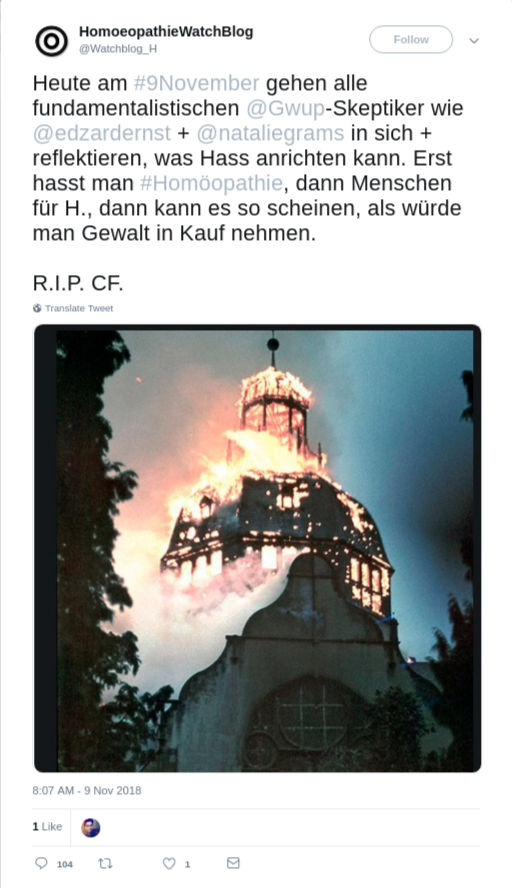 I will try to translate it for you:

Today, on 9 November, all fundamentalist GWUP-sceptics such as Natalie Grams and Edzard Ernst reflect on what hate can bring about. First, one hates homeopathy, then advocates of homeopathy, and then it can seem as though one tolerates violence.

I struggle to respond to such vitriolic stupidity.

What makes this even more shocking is the fact that, as far as I see, none of the professional bodies of German homeopathy have distanced themselves for it.

I know Dr Grams a little, and can honestly say that neither of us ‘hates’ homeopathy nor homeopaths. And crucially, we both detest violence.

If such pseudo-arguments are now being used by the defenders of homeopathy, it mainly shows, I think, two things:

15 Responses to A new and despicable low for homeopathy