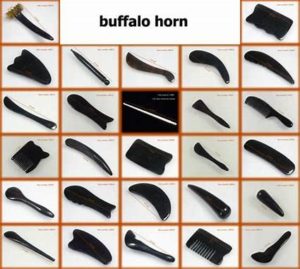 The only time we discussed gua sha, it led to one of the most prolonged discussions we ever had on this blog (536 comments so far). It seems to be a topic that excites many. But what precisely is it?

Gua sha, sometimes referred to as “scraping”, “spooning” or “coining”, is a traditional Chinese treatment that has spread to several other Asian countries. It has long been popular in Vietnam and is now also becoming well-known in the West. The treatment consists of scraping the skin with a smooth edge placed against the pre-oiled skin surface, pressed down firmly, and then moved downwards along muscles or meridians. According to its proponents, gua sha stimulates the flow of the vital energy ‘chi’ and releases unhealthy bodily matter from blood stasis within sore, tired, stiff or injured muscle areas.

The technique is practised by TCM practitioners, acupuncturists, massage therapists, physical therapists, physicians and nurses. Practitioners claim that it stimulates blood flow to the treated areas, thus promoting cell metabolism, regeneration and healing. They also assume that it has anti-inflammatory effects and stimulates the immune system. 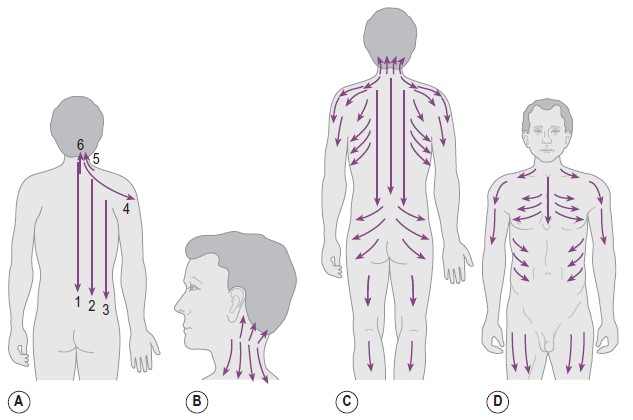 These effects are said to last for days or weeks after a single treatment. The treatment causes microvascular injuries which are visible as subcutaneous bleeding and redness. Gua sha practitioners make far-reaching therapeutic claims, including that the therapy alleviates pain, prevents infections, treats asthma, detoxifies the body, cures liver problems, reduces stress, and contributes to overall health.

Gua sha is mildly painful, almost invariably leads to unsightly blemishes on the skin which occasionally can become infected and might even be mistaken for physical abuse. 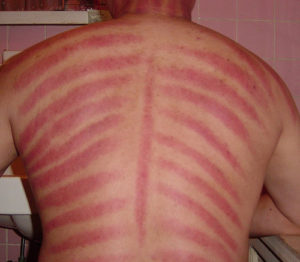 There is little research of gua sha, and the few trials that exist tend to be published in Chinese. But recently, a new paper has emerged that is written in English. The goal of this systematic review was to evaluate the available evidence from randomized controlled trials (RCTs) of gua sha for the treatment of patients with perimenopausal syndrome.

The authors concluded that preliminary evidence supported the hypothesis that Gua Sha therapy effectively improved the treatment efficacy in patients with perimenopausal syndrome. Additional studies will be required to elucidate optimal frequency and dosage of Gua Sha.

This sounds as though gua sha is a reasonable therapy.

Yet, I think this notion is worth being critically analysed. Here are some caveats that spring into my mind:

So, is gua sha a reasonable therapy? 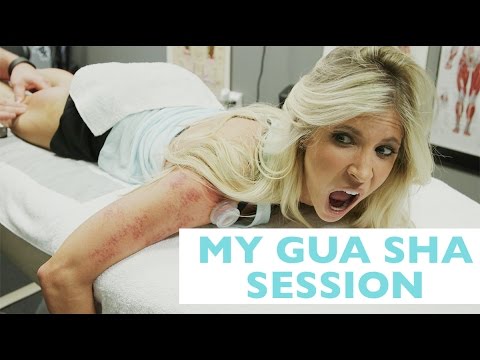 I let you make this judgement.