An announcement (it’s in German, I’m afraid) proudly declaring that ‘homeopathy fulfils the criteria of evidence-based medicine‘ caught my attention.

Here is the story:

In 2016, Dr. Melanie Wölk, did a ‘Master of Science’* at the ‘Donau University’ in Krems, Austria investigating the question whether homeopathy follows the rules of evidence-based medicine (EBM). She arrived at the conclusion that YES, IT DOES! This pleased the leading Austrian manufacturer of homeopathics (Dr Peithner) so much and so durably that, on 23 March 2018, he gave her a ‘scientific’ award (the annual Peithner award) for her ‘research’. 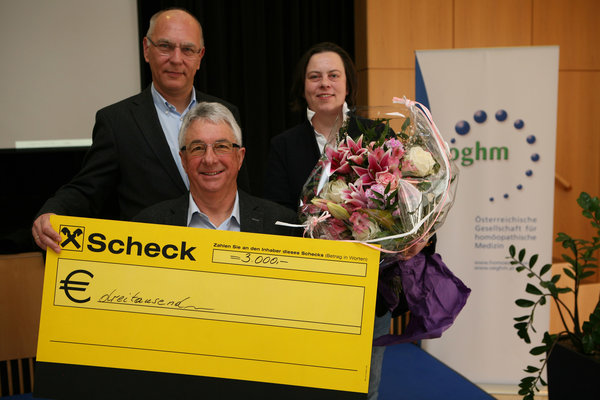 So far so good.

Her paper is unpublished, or at least not available on Medline; therefore, I am unable to evaluate it directly. All I know about it from the announcement is that she did her ‘research at the ‘Zentrum für Traditionelle Chinesische Medizin und Komplementärmedizin‘ of the said university. A quick Medline search revealed that this unit has never published anything, not a single paper, it seems! Disappointed I search for Dr. Christine Schauhuber, the leader of the unit; and again I find no Medline-listed publications in her name. My interim conclusion is thus that this institution might not be at the cutting edge of science.

But what do we know about Dr. Melanie Wölk’s award-winning master thesis *?

The announcement tells us that she investigated all RCTs published between 2010 and 2016. In addition, she evaluated:

On that basis, she arrived at her positive verdict – not just tentatively, but without doubt (“Das Ergebnis steht fest”).

I do hope that Dr Wölk uses the prize money (by no means a fortune; see photo) to buy some time for publishing her work (one of my teachers, all those years ago, used to say ‘unpublished research is no research’) so that we can all benefit from it. Until it becomes available, I should perhaps mention that the description of her methodology (publications between 2010 and 2016 [plus a few other papers that nicely fitted the arguments?]; including one Linde review and not his more recent re-analysis [see above]) does not inspire me to think that Dr Wölk’s research was anywhere near rigorous, systematic or complete. In the same vein, I am tempted to point out that the Swiss report is probably the very last document I would select, if I wanted to generate an objective picture about the value of homeopathy.

Taking all this into account, I conclude that we seem to be dealing here with a