‘Homeopathy Works for the Flu’… and if Dana Ullman says so, it must be true!!!

On this blog, we are all fond of what homeopathy-guru DUllman tells us (see for instance here, here and here). It seems only fair, therefore, to show you an excerpt of his latest article, particularly as it is on the highly topical subject of the flu:

Scientific Evidence That Homeopathy Works for the Flu

There are several scientific studies published in peer-reviewed medical journals that have confirmed Oscillococcinum’s efficacy. One large study of 487 patients found that almost twice as many patients who were given Oscillococcinum recovered from the flu within 48 hours as those given a placebo (17 percent versus 10 percent).10 …

A different group of researchers conducted a randomized, double-blind study involving 372 patients (188 treated with Oscillococcinum and 187 with placebo) of both sexes, ranging in age from 12 to 60, who presented rectal temperature ≥ 100.4 F, muscle pains, headache, or at least one of the following symptoms: shivering, chest pain, spine pain, coughing, irritation of nasal mucosa or feeling of malaise.12

Patients received three tubes of Oscillococcinum or placebo each day (morning, noon and night) for three days. The results of this trial show a highly statistically significant difference between the two groups, for what concerns disappearance of symptoms after 48 hours (19.2 percent in the Oscillococcinum group versus 17.1 percent in the placebo group) and improvement in symptoms (43.7 percent vs 38.6 percent for placebo) ) (p = 0.0028).

Moreover, the frequency of use of concomitant medicines was slightly higher for the placebo group, as was also the use of multiple medicines. Only 13.8 percent of the Oscillococcinum group used two or three drugs (analgesics and antirheumatics), against 19.6 percent in the placebo group.

Another parameter considered was the percentage of patients able to return to work, which was higher in the Oscillococcinum group, both two days after the onset of the illness (16.3 percent against 9.3 percent) and after four days, with highly significant differences.

The Cochrane Collaboration is an internationally respected group of researchers who evaluate scientific studies. In 2004, they reviewed seven studies using Oscillococcinum in the treatment or prevention of influenza.13 Four treatment trials (n = 1,194) and three prevention trials (n = 2,265) were evaluated.

Only two studies had sufficient information to complete data extraction fully, and both of these studies only evaluated the use of this medicine in the treatment of influenza or influenza-like conditions (the two studies mentioned above were the two studies that were evaluated).

Oscillococcinum treatment reduced length of influenza illness by 0.28 days (95 percent confidence interval 0.50 to 0.06). Oscillococcinum also increased the chance of a patient considering treatment effective (relative risk 1.08; 95 percent CI 1.17, 1). This review also concluded that the number of days needed to return to work were significantly reduced by 0.49 days (95 percent CI 0.89-0.08) compared to the control (average of 4.1 days).

The relative risk from treatment was 0.60 (0.37-0.98), meaning that the proportion of patients treated with Oscillococcinum who considered the treatment to be useless was 0.6, relative to 1.0 for the placebo (a significant difference of 40 percent). The authors of this research review considered these results “promising,” though not strong enough to warrant a general recommendation to use Oscillococcinum for “first-line” treatment of influenza or influenza-like syndromes.

As for the use of Oscillococcinum in the prevention of the flu, the researchers concluded that it was not effective. However, it should be highlighted that the company that makes Oscillococcinum does not market this medicine for “prevention” of the flu, only for the treatment of it (and for “influenza-like” syndrome).

In 2012, a new analysis of research on Oscillococcinum in the treatment of influenza was conducted by the Cochrane Collaboration, and their conclusion was more conservative than previous analyses by this organization.14

The 2012 analysis concluded, “Although the results from four other clinical trials (total of 1196 participants) suggested that Oscillococcinum relieved flu symptoms at 48 hours, this might be due to bias in the trial methods.” In other words, even though two of these studies were double-blind, randomized and placebo controlled, these studies did not achieve the higher caliber of standards of research, thereby enabling the possibility of bias in the results….

It is perhaps not unusual for DUllman to fail noticing that Vickers review [ref 13] has long been withdrawn. It is, however, highly unusual for DUllman not to accuse the authors of the current Cochrane review of bias. After all, they concede that the effect might be an artefact due to bias! In fact, their published conclusions (in both the 2012 and 2015 reviews; the latter was not mentioned by DUllman at all) are quite different from DUllman’s interpretation:

The reason why DUllman is so unusually restrained seems obvious: the authors of the review are some of the most vociferous promoters of homeopathy who he knows well and they are pals: Fisher, Frye, Robert Mathie.

[For those who are interested, their COI statements (which might explain the rather off conclusion ‘Our findings do not rule out the possibility that Oscillococcinum(®) could have a clinically useful treatment effect…’) are here:

Robert T Mathie: Dr Mathie is Research Development Adviser, British Homeopathic Association. He was a member of the International Scientific Committee on Homeopathic Investigations, which ceased its committee activities in July 2013.

Joyce Frye: Dr. Frye received partial salary support from Standard Homeopathic Company, which terminated June 2013 and honoraria from the International Scientific Committee on Homeopathic Investigations, which was dissolved in July 2013.

Peter Fisher: I am Expert Adviser on Complementary and Alternative Medicine to the National Institute for Health and Clinical Excellence (NICE), which may take an interest in the evidence in this review. I am Editor in Chief of an international, peer-reviewed journal dedicated to homeopathy. All payments and reimbursements for lectures have been from universities or professional or learned societies. None of these lectures has been dedicated to the subject of this review. Some meetings have been supported by grants from commercial interests, including the manufacturer of the product that is the subject of the review.]

Moreover, DUllman does not mention how dismal the quality of the RCTs really is. Here is the quality rating by Mathie et al: 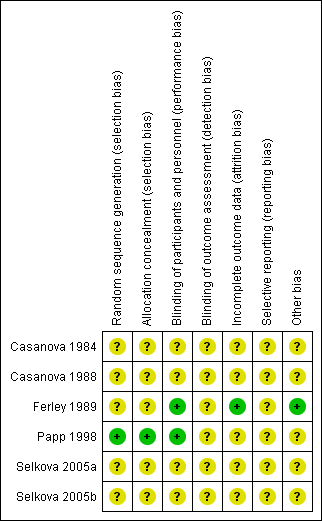 Figure 1. ‘Risk of bias’ summary: review authors’ judgements about each risk of bias item for each included study.

And here is the crucial quote from the review: The standard of trial reporting was poor or very poor.

But this might just be nit-picking. What is much more important in my view is this:

My conclusions are simple:

21 Responses to ‘Homeopathy Works for the Flu’… and if Dana Ullman says so, it must be true!!!