Top model died ‘as a result of visiting a chiropractor’

The risks of consulting a chiropractor have regularly been the subject of this blog (see for instance here, here and here). My critics believe that I am alarmist and have a bee in my bonnet. I think they are mistaken and believe it is important to warn the public of the serious complications that are being reported with depressing regularity, particularly in connection with neck manipulations.

It has been reported that the American model Katie May died earlier this year “as the result of visiting a chiropractor for an adjustment, which ultimately left her with a fatal tear to an artery in her neck” This is the conclusion drawn by the L.A. County Coroner. 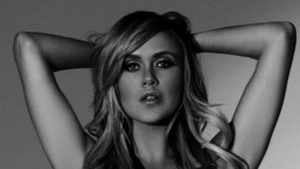 According to Wikipedia, Katie tweeted on January 29, 2016, that she had “pinched a nerve in [her] neck on a photoshoot” and “got adjusted” at a chiropractor. She tweeted on January 31, 2016 that she was “going back to the chiropractor tomorrow.” On the evening of February 1, 2016, May “had begun feeling numbness in a hand and dizzy” and “called her parents to tell them she thought she was going to pass out.” At her family’s urging, May went to Cedars Sinai Hospital; she was found to be suffering a “massive stroke.” According to her father, she “was not conscious when we got to finally see her the next day. We never got to talk to her again.” Life support was withdrawn on February 4, 2016.

Katie’s death certificate states that she died when a blunt force injury tore her left vertebral artery, and cut off blood flow to her brain. It also says the injury was sustained during a “neck manipulation by chiropractor.” Her death is listed as accidental.

Katie’s family is said to be aware of the coroner’s findings. They would not comment on whether they or her estate would pursue legal action.

The coroner’s verdict ends the uncertainty about Katie’s tragic death which was well and wisely expressed elsewhere:

“…The bottom line is that we don’t know for sure. We can’t know for sure. If you leave out the chiropractic manipulations of her neck, her clinical history—at least as far as I can ascertain it from existing news reports—is classic for a dissection due to neck trauma. She was, after all, a young person who suffered a seemingly relatively minor neck injury that, unbeknownst to her, could have caused a carotid artery dissection, leading to a stroke four or five days later… Thus, it seems to be jumping to conclusions for May’s friend Christina Passanisi to say that May “really didn’t need to have her neck adjusted, and it killed her.” … Her two chiropractic manipulations might well have either worsened an existing intimal tear or caused a new one that led to her demise. Or they might have had nothing to do with her stroke, her fate having been sealed days before when she fell during that photoshoot. There is just no way of knowing for sure. It is certainly not wrong to suspect that chiropractic neck manipulation might have contributed to Katie May’s demise, but it is incorrect to state with any degree of certainty that her manipulation did kill her.”

My conclusions are as before and I think they need to be put as bluntly as possible: avoid chiropractors – the possible risks outweigh the documented benefits – and if you simply cannot resist consulting one: DON’T LET HIM/HER TOUCH YOUR NECK!