Thirty-two participants with LBP were randomly assigned to one of two groups:

Both groups had 4 treatment sessions over 2-3 weeks. The following outcomes were measured before the intervention, and after the first and fourth sessions: 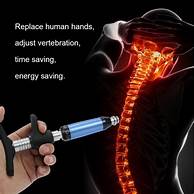 The authors concluded that both methods of lumbar spine mobilization demonstrated comparable improvements in pain and disability in patients with LBP, with neither method exhibiting superiority over the other.

If this conclusion is meant to tell us that both treatments were equally effective, I beg to differ. The improvements documented here are consistent with improvements caused by the natural history of the condition, regression towards the mean, and placebo effects. The data do not prove that they are due to the treatments. On the contrary, they seem to imply that patients get better no matter what therapy is used. Thus, I feel that the results are entirely in keeping with the hypothesis that spinal mobilization is a placebo treatment.

So, allow me to re-phrase the authors’ conclusion as follows:

Lumbar mobilizations do not seem to have specific therapeutic effects and might therefore be considered to be ineffective for LBP.