Self-treatment with homeopathy can cause serious harm

Necrotizing infection (NI) of the breast associated with underlying malignancy is a rare phenomenon characterized by necrosis of breast parenchyma. It can cause a delay in diagnosis and even lead to sepsis. Researchers from the Aga Khan University Hospital in Karachi, PAK, present a case of a 42-year-old woman with NI of the right breast, while on homeopathic treatment for a right breast lump for six months. Tissue culture showed a polymicrobial infection and histopathology established the diagnosis of breast carcinoma. After treating the NI, her breast cancer was managed as per standard guidelines. 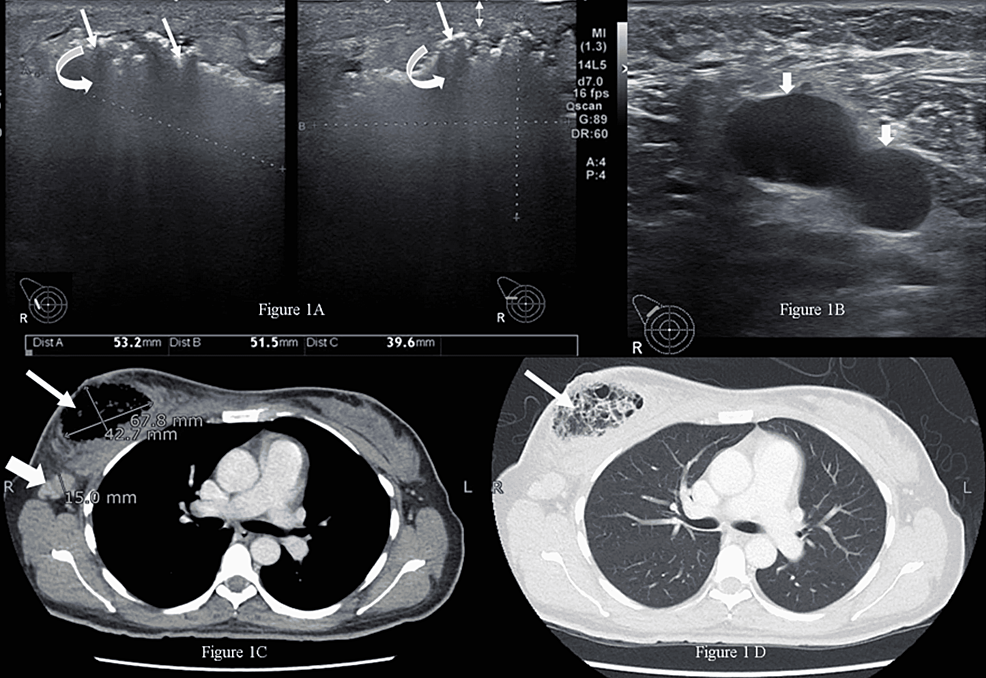 The married, nulliparous, diabetic, hypertensive patient was a non-smoker and presented to the emergency room with complaints of fever, severe pain, and foul-smelling bloody discharge from her right breast for two weeks. She had a history of a right breast lump for six months, for which she had been taking oral homeopathic remedies, the names of which were not recorded. On examination, she had a blood pressure of 132/76 mmHg, a pulse of 84 bpm, a temperature of 99 °F, and a respiratory rate of 14 breaths per minute. The right breast was tender and hard, with a 4 x 3-cm necrotic skin patch on the upper half with bleeding and a palpable right axillary lymph node. The rest of the examination was unremarkable.

The patient was advised to undergo a metastatic workup in the emergency room, which included a contrast-enhanced CT (CECT) of the chest, abdomen, and pelvis and a bone scan. The CT confirmed the presence of an air-filled cavity in the right breast with thin septations and enlarged right axillary lymph nodes; however, there was no enhancing mass to suggest neoplasm in either breast. The CT and bone scans were negative for metastasis. The presence of severely tender breast on clinical examination and air within the breast on ultrasound suggested the possibility of NI, which warranted an early surgical intervention to prevent impending sepsis.

Microscopic examination of the debrided tissue revealed an invasive breast carcinoma of no special type [invasive ductal carcinoma (IDC), NST grade III] along with extensive necrosis and dense acute and chronic inflammation. The right axillary node biopsy was positive for nodal metastasis, and the patient was staged as cT4N1MO. A tissue culture showed a few colonies of Staphylococcus aureus and Enterococcus species suggestive of NI. After a discussion at a multidisciplinary tumor board meeting, the patient underwent a right modified radical mastectomy. Her postoperative course was unremarkable.

I have said it often but I am afraid I need to say it again: the homeopathic remedy might be harmless, but that does not mean that homeopathy is not dangerous.

3 Responses to Self-treatment with homeopathy can cause serious harm