Dr Akbar Khan, MD, represents a novel and exciting avenue through which, in this case, a conventionally- trained family physician has come to embrace a broad array of integrative techniques; he witnessed first hand the immense magnitude of safety and efficacy of the practice … Dr Khan describes with frustration the lack of interest displayed by conventional practitioners for safe and effective solutions simply because they come from the realm of natural medicine. “My greatest concern is helping patients.” 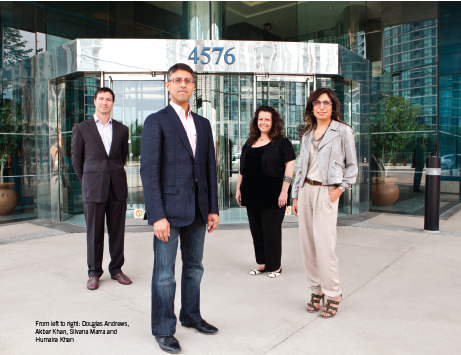 An article in the ‘Toronto Sun’, however, tells a very different story. The doctor was found ‘incompetent’ in the treatment of cancer patients. Akbar Khan told one patient she had leukemia when she did not. He told others they were improving under his alternative remedies while their cancer was actually advancing. One of them was a little boy dying of a brain tumor.

in his care of a total of 12 patients between 2012 and 2017. “Whether it was ‘snake oil,’ ‘witches’ brew’ or otherwise, whatever it was that Dr. Khan was offering his patients, it was not what he claimed,” concluded the tribunal in its decision.  “In doing so, Dr. Khan set aside his obligations as a physician to uphold the College’s CAM and consent policies, and in doing so, he failed his patients.”

Khan is the founder of the Medicor Cancer Centres, which offer “unique non-toxic approaches to cancer treatment.” He treated terminally-ill patients with the unproven treatments that he called “SAFE Chemotherapy” billed as “lifesaving” and more effective than conventional chemo.

There was insufficient science and evidence to support the conclusion that “SAFE chemotherapy” works, or that it can help people in the way that Dr. Khan claims it can, and he should not have used it,” the tribunal found. Yet, Khan never told his patients it wasn’t working. According to the college’s summary: “Therapy stopped only when his patients either could not afford it any longer, their condition had deteriorated to such a degree that they could not tolerate it, they were so ill that they were admitted to hospital, or they died.”

According to the tribunal, Khan’s patients paid (US)$4,200  for one cycle of “SAFE chemotherapy”, and they received between five to 24 cycles of it. One of the most heartbreaking cases involved Khan’s treatment of a six-year-old boy with brain cancer. In 2017, his parents rejected treating him with lifesaving chemo and radiation and transferred his care to Khan, who prescribed Dichloroacetate (DCA)  — which is a medication usually used for metabolic disorders, and not a proven cancer treatment. When a follow-up MRI showed their son’s tumor had grown and progressed to his spine, Khan told them it must be wrong and “his current therapy is actually working very well!” The boy died in 2018.

In another disturbing case, Khan used an “unapproved” test to diagnose a 59-year-old woman with acute leukemia — and informed her by email. He treated the devastated woman with honokol, a biological extract from magnolia bark, and Low Dose Naltrexone (LDN) — both of which are “not informed by evidence and science,” and “not the appropriate treatment for this patient’s presumed cancer.” Khan referred her to an oncologist who performed a bone marrow biopsy and then gave her the good news: “You do not have cancer. You’ve never had cancer. Go home and enjoy your life.” Yet, Khan insisted the oncologist was wrong. “We were frankly shocked that instead of reassuring Ms. B that her ordeal of worrying that she had leukemia could come to a close, Dr. Khan insisted to Ms. B that indeed, she did still have leukemia and urged her to keep taking LDN ‘to keep this under control,’” the tribunal wrote. “In short, Dr. Khan gave Ms. B a diagnosis that she did not have, for which he sold her a remedy that she did not need, which — as per evidence and science — turned out to be no remedy at all.”Khan’s response to the newspaper: “Since the legal process is still ongoing with the CPSO, I know my lawyer Marie Henein would not like me to comment at this time. Perhaps in the near future, I will be able to share with you another side to the story. If so, I will contact you.”

A penalty hearing has yet to be scheduled.

In case you are interested, here is a short CV of Dr. Khan: