The ‘AYUSH COVID-19 Helpline’: have they gone bonkers? 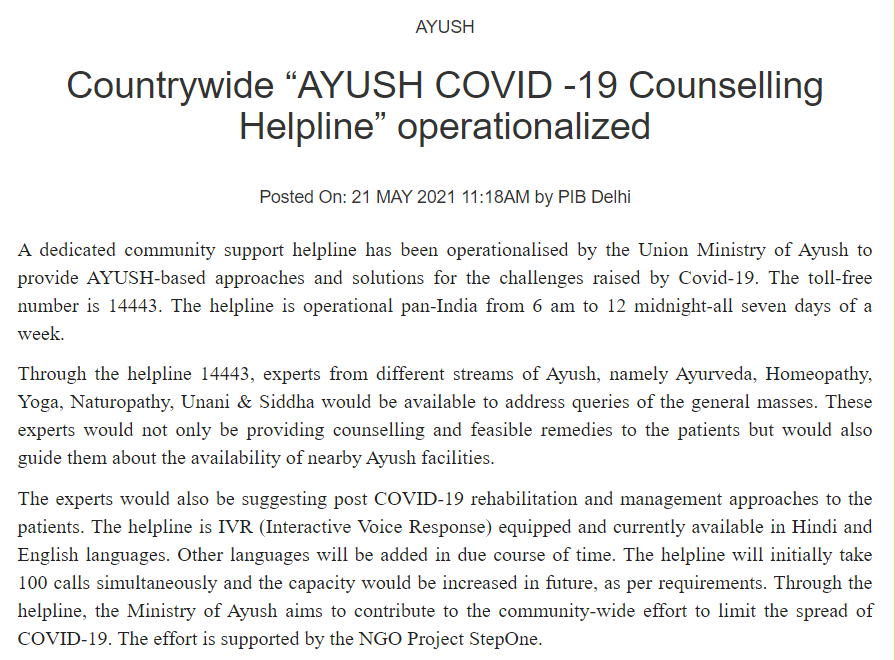 This amazing announcement reached me via Twitter. It seems that the people in the AYUSH ministry are highly delusional. According to Wikipedia, the Ministry of Ayurveda, Yoga, Naturopathy, Unani, Siddha, Sowa-Rigpa and Homoeopathy (abbreviated as AYUSH) is purposed with developing education, research and propagation of indigenous alternative medicine systems in India. As per a recent notification published in the Gazette of India on 13 April 2021, the  Ministry of AYUSH (Ayurveda, Yoga & Naturopathy, Unani, Siddha and Homoeopathy), will now be known as the Ministry of Ayush.

India is suffering from a very severe health crisis, and the ministry should stop its propaganda for useless solutions.

have in common that they can offer very little help to patients infected by COVID-19. In view of this fact, the announcement is ununderstandable and irresponsible, in my view.

29 Responses to The ‘AYUSH COVID-19 Helpline’: have they gone bonkers?