This recently published survey aimed to investigate the use of so-called alternative medicine (SCAM) among long-term cancer survivors and its links with healthy behaviour. Data was used from the VICAN survey, conducted in 2015-2016 on a representative sample of French cancer survivors 5 years after diagnosis. 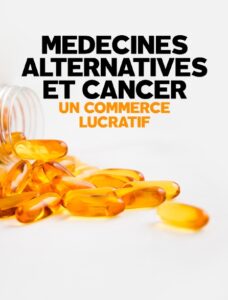 Among the 4174 participants, 21.4% reported using SCAM at the time of the survey, including 8.4% who reported uses not associated with cancer. The most frequently cited reasons for using SCAM were:

The SCAM users who reported using SCAM to cure cancer or prevent relapses (8.5% of the participants) also used SCAM for other reasons. They had more often experienced cancer progression, feared a recurrence, and had a poorer quality of life because of sequelae, pain, and fatigue. They also consulted their general practitioners more frequently and had changed their lifestyle by adopting more healthy practices.

The authors concluded that the use of SCAM is not an alternative but a complementary means of coping with impaired health. Further research is now required to determine whether the use of SCAM reflects a lifestyle change or whether it assists survivors rather to make behavioural changes.

The 2012 data from the same survey had previously reported that, among the participants, 16.4% claimed to have used SCAM, and 45.3% of this group had not used SCAM before cancer diagnosis (new SCAM users). Commonly, SCAMs used were:

In nearly half of the SCAM users, cancer diagnosis was one of the main factors which incited patients to use SCAM. Opting for SCAM was a pragmatic response to needs which conventional medicine failed to meet during the course of the disease.

These surveys mostly confirm what has been shown over and over again in other countries. What I find remarkable with these results, however, is the increase in SCAM use over time and the extraordinary high use of homeopathy by French cancer patients (more recently, the reimbursement of homeopathy in France has changed, of course). As homeopathy has no effects beyond placebo, this suggests that SCAM use by French cancer patients is far from being driven by evidence.

So, what then does determine it?

My best answer I can give to this question is this: relentless promotion through pharmacies, advertisements and journalists. These have all been very powerful in France in relation to homeopathy (hardly surprising, as the world’s largest homeopathic producer, Boiron, is based in France).

This leads me to the conclusion that SCAM is far more commercially driven than its enthusiasts would ever admit. They think of the pharmaceutical industry as the evil exploiter of the sick. It is now time to realise that the SCAM industry is, to a large extent, part of the pharmaceutical industry and often behaves just as badly or even worse: because what could be more unethical that selling placebos to desperate and vulnerable cancer patients?