Lakhovsky’s oscillator, the ‘cure all’ that the world forgot

George Lakhovsky, a Russian-born scientist, believed to have found out that every cell of the human body has its own frequency. Healthy cells emit a frequency radiation, he claimed, and whenever a part of the body gets damaged, inflamed or ill, the resonance of those cells become less intense. When pathogens, bacteria, microbes take over, they disrupt the healthy cells with their harmful frequency, Lakhovsky thought.

Based on these notions, Lakhovsky constructed a device capable of generating a field of frequencies in a very broad spectrum. He argued that, if one would place a sick person or an affected body part in this frequency spectrum, those diseased cells would recognize their own frequency, tune in and would start resonating in their own, healthy frequency again. Thus the illness would disappear, Lakhovsky thought.

He felt it should be possible to halt and even cure degenerative diseases like cancer in this way. After a long time of experimenting unsuccessfully, he called Nicola Tesla for help. Tesla had the blueprints for the oscillator machine ready for use. Their multi-wave oscillator was said to activate healing processes and cured most cases of cancer, leukaemia, osteoporosis etc.

An important part of Lakhovsky’s work took place in 1920-1930. In France, Italy, England and Germany multiple of Lakhovsky’s machines were operating. But then they slowly started disappearing again. Many people said the reason for this was that the quick results provided by the machines made the hospitals unnecessary and no profits could be made by them.

The Second World War put an end to much of Lakhovsky’s work. While visiting the US, Lakhovsky was struck by a car and died under mysterious circumstances aged 72.

Is this intriguing story the script of a bizarre film?

No, it is a true – well, partly true – story which I have taken from this article by a therapist who, like many others, uses Lakhovsky’s oscillator for treating patients (and sells potions, some of which cost well over Euro 1 000!). Another article by a practitioner offering this treatment claims that the oscillator is effective for the following indications: 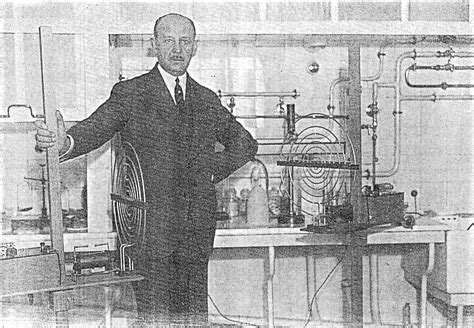 The article further assures us that the treatment is totally free of side-effects and can be used as an adjunctive therapy for almost any disease.

Yet another website advertises the therapy as follows: Have you lost a loved one to cancer? Georges Lakhovsky had a 98% success rate in treating fatal cancers over an 11-year period. Today we celebrate a 50% five-year survival rate.

And this is what Wikipedia tells us about the Lakhovsky oscillator (depicted in the photo above, together with its inventor):  The main circuit basically consists of concentric rings forming electrical dipole antennas having capacitive gaps opposing each other by 180° (called Lakhovsky antennas). The circuit is fed with high voltage, high frequency, impulses from a generator, usually a Tesla coil. If set up correctly, the unit is supposed to create a broad band frequency spectrum of low amplitude, consisting of much more substantially lower and higher frequencies, from 1 Hz to 300 GHz, than those of the exciting generator, usually several 100 kHz to a few MHz from a Tesla transformer or several kilohertz from an induction coil. But the power of this broad band noise spectrum is very low. In order to create more harmonics and sub-harmonics, an additional spark gap on the secondary side has been found in some devices, being mounted directly on the antenna, or being mounted in parallel to the secondary coil…

In an attempt to find out whether the machine works, I have searched for published, peer-reviewed clinical evidence on the Lakhovsky oscillator. I was unable to find any. If any of my readers are aware of any evidence, please let me know.

43 Responses to Lakhovsky’s oscillator, the ‘cure all’ that the world forgot