In a recent 3-part series of posts, I have demonstrated how very unconvincing the evidence for acupuncture really is. But new studies emerge all the time and many of them suggest that acupuncture does work. Take this one, for instance.

This new study compared the effects and safety of acupuncture for the treatment of irritable bowel syndrome (IBS) with those of polyethylene glycol (PEG) 4000 and pinaverium bromide.

This multicentre randomized clinical trial was conducted in 7 hospitals in China. The researchers enrolled participants who met the Rome III diagnostic criteria for IBS between May 3, 2015, and June 29, 2018. Participants were first stratified into constipation-predominant or diarrhoea-predominant IBS groups. Patients from each group were randomly assigned in a 2:1 ratio to receive acupuncture (18 sessions) or PEG 4000 (20 g/d, for IBS-C)/pinaverium bromide (150 mg/d, for IBS-D) over a 6-week period, followed by a 12-week follow-up. The primary outcome was the change in total IBS-Symptom Severity Score from baseline to week 6.

The authors concluded that acupuncture may be more effective than PEG 4000 or pinaverium bromide for the treatment of IBS, with effects lasting up to 12 weeks. 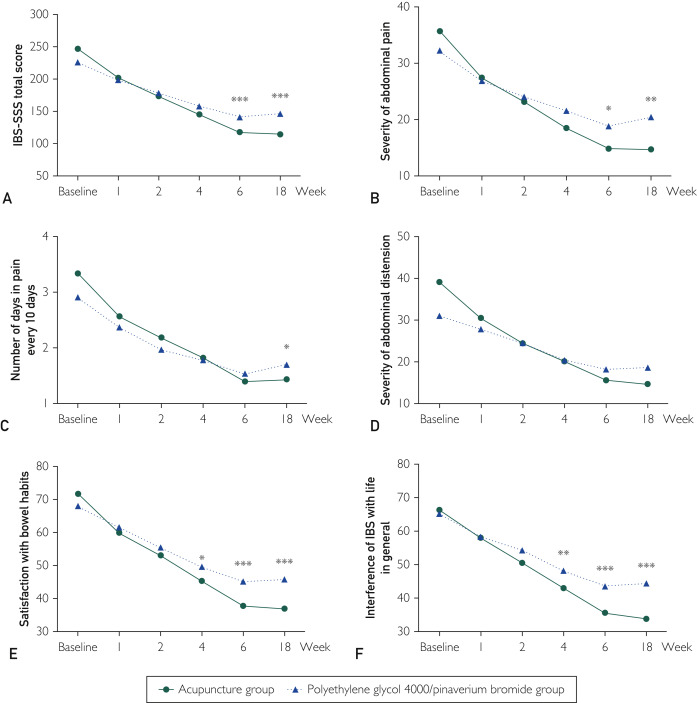 I am not impressed by this study.

Here are a few reasons why:

I think that this study shows just one very unsurprising phenomenon: spending a total of 9 extra hours with empathetic therapists (who must have been highly motivated to encourage patients to experience less symptoms) has a positive effect on IBS patients – no matter what treatment the therapist might apply. I find it regrettable that supposedly decent journals publish such papers without even the slightest attempt of a critical discussion of its findings.