31 January 2020, a day to contemplate: WHAT HAPPENED TO BRITAIN?

Today is a momentous and desperately sad day. Allow me therefore to deviate from my usual subject and write a very personal post (I promise, it won’t happen often).

This post is not about SCAM but about something that is even closer to my heart. 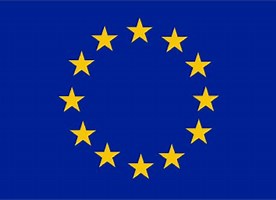 I first moved to the UK in 1979. The reason was simple, I had fallen in love with Danielle, the woman who now is my wife. I only stayed for about 3 years. However, as luck would have it, this short time would become the most formative period of my life, both privately and professionally. After a brief and unhappy stint as a doctor in a psychiatric hospital, I got a job under John Dormandy who opened my eyes to the wonderous world of science.

I nonetheless went back to Germany because I felt I had to complete my clinical training. In 1987, became a professor first in Hannover and then in Vienna. Even though the Vienna post was grand (to say the least), I soon became unhappy with it (no need to go into details here; if you need to know, read this or this). I thus started looking for other opportunities, ideally in the UK.

It wasn’t because of the weather.

It also was not because of the food.

Nor was it because of the huge salary (the move roughly halved my previous income).

Much has been written about my time at Exeter. Not everything was smelling of roses. But, on the whole and despite all the problems encountered, I had a really good time – mainly because my initial judgement of the people was being confirmed over and over again. I began to feel British and, in 2000, I became British. All my life, I had felt the burden of the recent German past weighing heavily on my shoulders. I had never managed to be proud of being a German. Now I was proud to be British, and I had a passport to prove it!

When Cameron announced the ‘in/out referendum’, I was baffled by the sheer stupidity of the move. How could anyone want to get out of the EU? It never made sense to me. The EU had given us peace for decades and was a guarantor that we Europeans would never again start killing each other. Why was that not pointed out in the run-up to the referendum? Most families had lost sons in the last two European wars. Why did hardly anyone use such arguments? Why was the remain campaign fought so half-heartedly? The other side was campaigning with (mostly vile and primitive) emotions; why did we not use positive and ethical ones?

I remember being in tears when I heard the results of the vote.

I remember fighting tears when acquaintances asked my wife (she is French and has, like I, a British passport) and me: ‘are you now going to go home?‘

Since the referendum, I have observed in utter horror and bewilderment how the county that I now call my home has changed.

What happened to the tolerance that I so admired?

What happened to the openness of the people?

What about honesty and fair play?

What happened even to humour?

During our 8 years in Germany, my wife and I had to witness our fair share of xenophobia. I despised my fellow Germans for it. Now I see it in Britain, and I feel nauseous.

What is happening to the county I love?

26 Responses to 31 January 2020, a day to contemplate: WHAT HAPPENED TO BRITAIN?