Facebook and YouTube have in the past been Eldorados for quacks who used it to promote their nonsensical products, false messages, and bogus treatments. A recent article in the Washington Post explained that this might be about to change.

Hundreds of thousands of enthusiasts of so-called alternative medicine (SCAM) persuade each other on Facebook that baking soda, apple cider vinegar, frankincense, apricot kernels, tiger bones, Essiac, bleach, homeopathics, Bach flower remedies etc. are cures that doctors don’t want you to know about. But recently Facebook announced that it is taking steps to limit the reach of false and sometimes dangerous therapeutic claims by treating them similar to clickbait or spam.

Facebook will “down-rank” posts that contain certain types of health misinformation, meaning those posts will appear in the news feeds of fewer users, and less prominently. The down-ranking process will use keywords and phrases that commonly appear in posts containing exaggerated or false health claims, but tend to be absent in posts containing accurate information on the same topics. Facebook’s News Feed algorithms will use those suspicious phrases, which the company has identified with the help of health-care professionals, to predict which posts might contain sensational health claims. 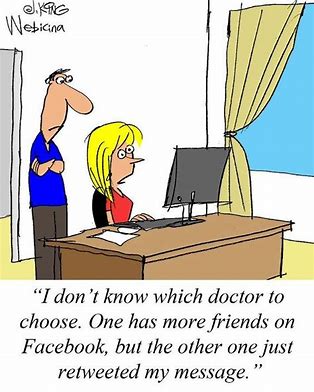 “Misleading health content is particularly bad for our community,” Travis Yeh, a Facebook product manager, wrote in a blog post. “So, last month we made two ranking updates to reduce (1) posts with exaggerated or sensational health claims and (2) posts attempting to sell products or services based on health-related claims.”

In a media statement, YouTube said: “Misinformation is a difficult challenge and any misinformation on medical topics is especially concerning … We’ve taken a number of steps to address this, including surfacing more authoritative content across our site. Our systems are not perfect, but we’ve seen progress within this space.”

Without question, these moves are a steps in the right direction. Whether they amount to more than a lip-service, whether they are able to out-smart the quacks, and whether they will make a real difference to the ubiquitous promotion of quackery, has to be seen.