Measles on board the ‘Freewinds’ + Scientologists hoisted by their own petard 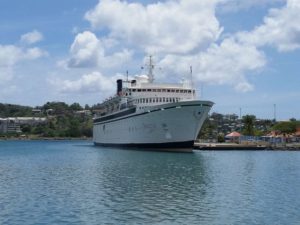 The ‘Freewinds is operated by International Shipping Partners and owned by San Donato Properties, which is a company affiliated with the CoS.

The luxury cruise ship Freewinds with about 300 passengers on board has been quarantined in port of St. Lucia after a crew member or passenger (the reports are contradictory) was diagnosed with measles. That news would not be funny – however, it gets positively hilarious when we learn that the ship is linked to the Church of Scientology (CoS) and currently packed with its members.

Scientology is legally recognized as a tax-exempt religion in the US and other countries. The CoS emphasizes the harmful effects of drugs, toxins and chemicals that, according to the CoS, lodge in the body and create a biochemical barrier to spiritual well-being. Many scientologists are anti-vaccination, and some prominent opponents of vaccinations, including Kirstie Alley and Jenna Elfman, are Scientologists.

The CoS’s also promotes the “Purification Rundown” (“Purif” for short) and the closely related Narconon detox programmes. They consist of regular exercise, sauna and nutrition, with industrial doses of vitamins and minerals added for good measure. Both programmes were developed by L Ron Hubbard (1911-1986). He taught his followers that, at their core, humans contain a “thetan”. After creating the universe, thetans accidentally became trapped in physical bodies and, through scientology, we can restore the immortal, omnipotent, god-like powers of the “thetan” within us. 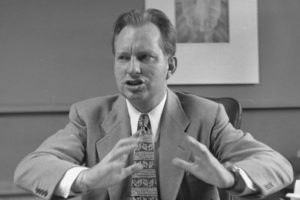 To a member of the CoS, boarding the Freewinds for New OT VIII is the pinnacle of a deeply spiritual journey. Years of training and auditing have brought him to this ultimate point. It is the most significant spiritual accomplishment of his lifetime and brings with it the full realization of his immortality, the CoS’s website says.

The ship doctor has now vaccinated all previously non-vaccinated crew and passengers and is currently monitoring the situation.