Crohn’s disease (CD) is an inflammatory bowel disease characterized by recurring flares altered by periods of inactive disease and remission, affecting physical and psychological aspects and quality of life (QoL). The aim of this study was to determine the therapeutic benefits of soft non-manipulative osteopathic techniques in patients with CD.

A randomized controlled trial was performed. It included 30 individuals with CD who were divided into 2 groups: 16 in the experimental group (EG) and 14 in the control group (CG). The EG was treated with the 6 manual techniques depicted below. All patients were advised to continue their prescribed medications and diets. The intervention period lasted 30 days (1 session every 10 days). Pain, global quality of life (GQoL) and QoL specific for CD (QoLCD) were assessed before and after the intervention. Anxiety and depression levels were measured at the beginning of the study. 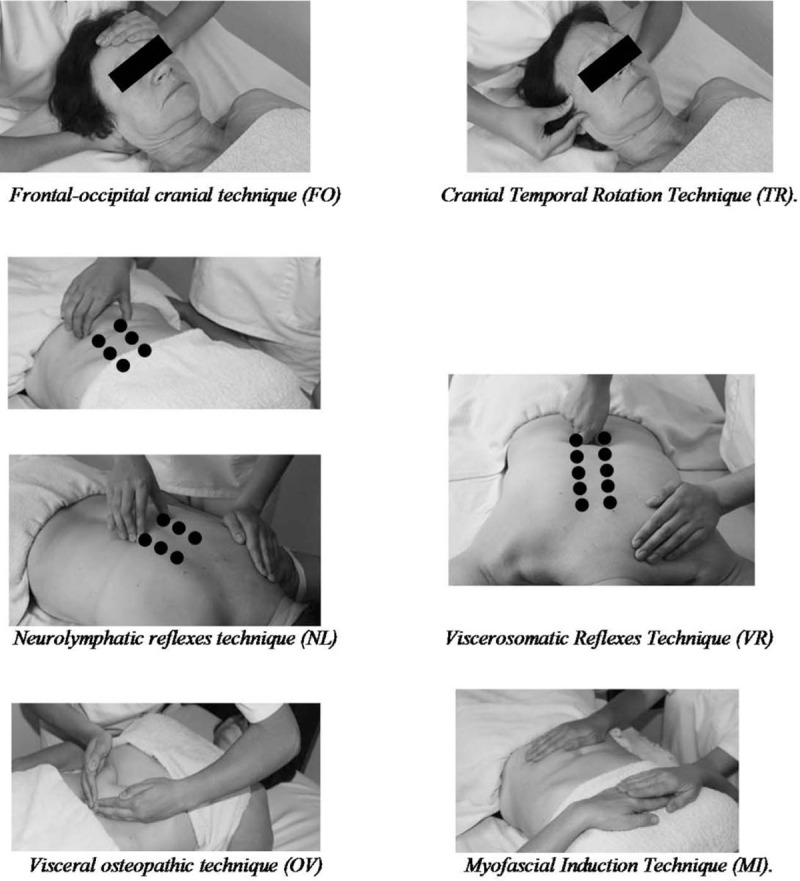 A significant effect was observed of the treatment in both the physical and task subscales of the GQoL and also in the QoLCD but not in pain score. When the intensity of pain was taken into consideration in the analysis of the EG, there was a significantly greater increment in the QoLCD after treatment in people without pain than in those with pain. The improvements in GQoL were independent from the disease status.

The authors concluded that soft, non-manipulative osteopathic treatment is effective in improving overall and physical-related QoL in CD patients, regardless of the phase of the disease. Pain is an important factor that inversely correlates with the improvements in QoL.

Here are some of the most obvious flaws of this study:

My conclusion therefore is (yet again) that poor science has the potential to mislead and thus harm us all.