According to the 2014 European Social Survey, Spain is relatively modest when it comes to using alternative therapies. While countries such as Austria, Denmark, Estonia, Finland, France, Germany, Lithuania, Sweden and Switzerland all have 1-year prevalence figures of over 30%, Spain only boasts a meagre 17%. Yet, its opposition to bogus treatments has recently become acute.

In 2016, it was reported that a master’s degree in homeopathic medicine at one of Spain’s top universities has been scrapped. Remarkably, the reason was “lack of scientific basis”. A university spokesman confirmed the course was being discontinued and gave three main reasons: “Firstly, the university’s Faculty of Medicine recommended scrapping the master’s because of the doubt that exists in the scientific community. Secondly, a lot of people within the university – professors and students across different faculties – had shown their opposition to the course. Thirdly, the postgraduate degree in homeopathic medicine is no longer approved by Spain’s Health Ministry.”

A few weeks ago, I had the great pleasure of being invited to a science festival in Bilbao and was impressed by the buoyant sceptic movement in Spain. At the time, two of my books were published in Spanish and received keen interest by the Spanish press. 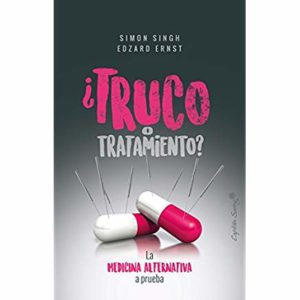 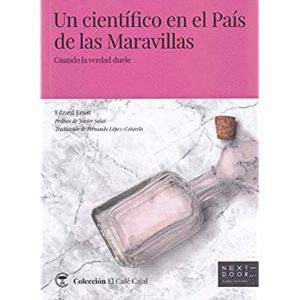 And now, it has been reported that Spain’s Ministry of Health has released a list of only 2,008 homeopathic products whose manufacturers will have to apply for an official government license for if they wish to continue selling them. The homeopathic producers have until April 2019 to prove that their remedies actually work, which may very well completely slash homeopathic products in Spain.

It’s the latest blow for Spain’s homeopathy industry, once worth an estimated €100 million but which has seen a drop in public trust and therefore sales of around 30 percent in the last five years. Spain’s Health Ministry stopped allowing homeopathy treatments from being prescribed as part of people’s social security benefits, along with acupuncture, herbal medicine and body-based practices such as osteopathy, shiatsu or aromatherapy. 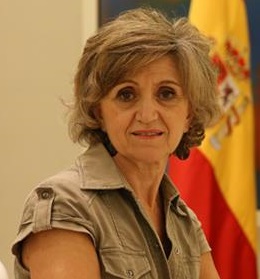 “Homeopathy is an alternative therapy that has not shown any scientific evidence that it works” Spanish Minister of Health Maria Luisa Carcedo is quoted as saying in La Vanguardia in response to the homeopathic blacklist. “I’m committed to combatting all forms of pseudoscience.”