Acupuncture is little more than a theatrical placebo! If we confront an acupuncture fan with this statement, he/she is bound to argue that there are some indications for which the evidence is soundly positive. One of these conditions, they would claim, is nausea and vomiting. But how strong are these data? A new study sheds some light on this question. 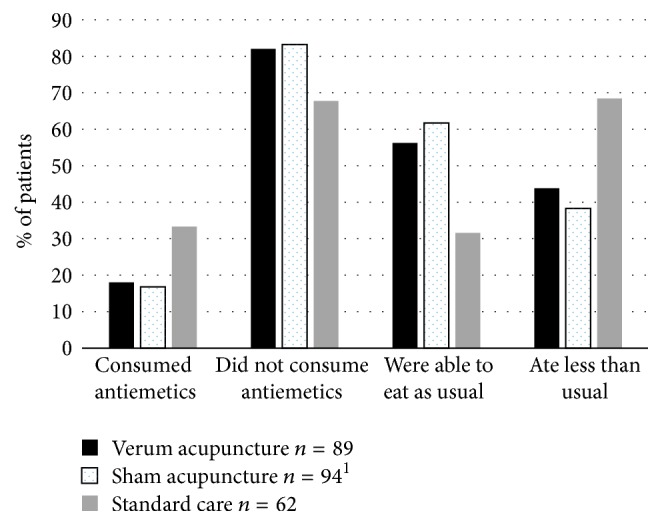 I find these conclusions odd because they seem to state that acupuncture was more effective than standard care. Subsequently – almost as an afterthought – they mention that its effects are brought about by nonspecific effects. This is grossly misleading, in my view.

A much more reasonable conclusion would have been: THIS STUDY FAILED TO FIND SIGNIFICANT EFFECTS OF ACUPUNCTURE BEYOND PLACEBO.

59 Responses to Acupuncture: an interesting new study with negative results and odd conclusions