‘BEYOND THE HYPE’ – 20 years of the Science Media Centre

It must have been 17 or 18 years ago that I first met Fiona Fox. We were both giving a lecture at the same meeting. My talk was about a small study we did surveying UK homeopaths’ attitudes toward MMR vaccinations. It had landed me in deep waters: some homeopaths had complained and the Exeter ethics committee retrospectively withdrew their approval and forbade me to publish the findings (which were less than flattering for the homeopaths). I told my committee to go yonder and multiply and published our results swiftly. I was then told that I had violated our research ethics and threatened with disciplinary action by my own university.

Fiona seemed to like my stance and realized why I had to do what I did. A little later, she invited me to give a presentation at the ‘Science Media Centre’ (SMC) for journalists about our research. It was then that I realized what the SMC did and how important its work truly was. 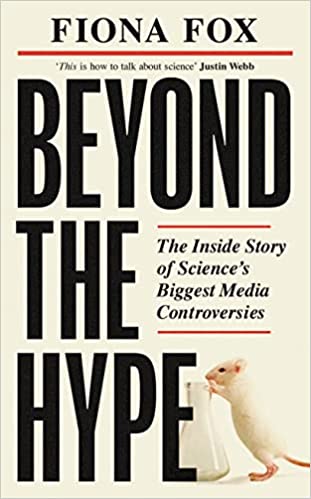 At the time, the SMC consisted of a small team of highly motivated people linking scientists with journalists – potentially a win/win situation:

Yet, by no means an easy job; scientists are often (sometimes rightly) nervous about speaking to journalists, and journalists sometimes (rightly) feel that scientists are not from the same planet as they are. But if it works out well – and in the SMC it usually does – the beneficiary is the consumer who can read excellent science journalism.

The concept of the SMC was as simple as it was convincing!

No wonder then that it was a monumental success. The SMC grew and so did his influence nationally and internationally. Today, there is hardly a media outlet in the UK that does not regularly refer to the SMC when reporting on matters of science. Much of the outstanding reputation of the SMC is due to the tireless work of Fiona. Her enthusiasm for science is infectious, her energy is impressive, her skills in dealing with experts are immaculate, and her nose for a good story is infallible.

In ‘BEYOND THE HYPE‘, Fiona has now summarized the first 20 eventful years of the SMC. She recounts her favorite moments and some of the biggest science stories that emerged with the help of the SMC. The book is a true page-turner and a ‘must read’ for everyone with an interest in science – entertaining and educational in equal measure. It takes us behind the scenes of some of the most remarkable recent developments in science. Fiona’s book will be out on 7 April; it is a historical document that teaches us important lessons and deserves to be read widely.

I hope that the next 20 years of the SMC will be as good as the first.