Louise Lubetkin is a medical writer and author with a particular interest in oncology. She is a keen observer and critic of the alternative medicine industry.

Her work has appeared in publications on both sides of the Atlantic, and her memoir, In This Dark House, won the National Jewish Book Award (US) and the Wingate Literary Prize (UK).

A retired dentist, she now lives in Los Angeles.

Richard Rawlins trained in London and was appointed Consultant Orthopaedic Surgeon in Bedford in 1985 and Honorary Consultant since 2006.

Richard continues in private practice and as a medical expert witness. He has been Chairman of the BMA’s Clinical Audit Committee, the UK Consultants Conference and is a member of the BMA’s Representative Body.

His lecture ‘Beyond the Syringe — Secrets of Alternative Medicine Exposed’ intrigues audiences as much as his presentation of ‘Secrets of the Magic Circle’ and ‘Entertainment at the Speed of Thought’.

He is a member of The Magic Circle (trained in deception), a member of the Society of Apothecaries and author of ‘Real Secrets of Alternative Medicine’.

Jan Willem Nienhuys (1942) was teacher of mathematics in Eindhoven University of Technology in the Netherlands, and is secretary of the Dutch organisation Skepsis. He is (co)author of books on mathematics, computer programming, reincarnation, pseudoscience and on the history of China and free lance translator of popular science books.

Michelle Dunbar is an Executive Director at a retreat that is an alternative to traditional alcohol and drug treatment centers and rehabs offering a non-treatment, non-12 step and non-religious, educational program. The curriculum and methods present an opportunity for an individual to take control of his/her own thoughts, choices and actions, learn more productive behavioral patterns, build an envisioned future, and accomplish goals and dreams.

After pediatric nurse training and medschool, Jan now works as a physician in child psychiatry in Dresden. Since medschool he is interested in Complementary and Alternative Medicine and made it his favorite hobby. He is also on Twitter (@diaphanoskopie) and blogs at diaphanoskopie, but mostly in German.

Pete Attkins is a retired engineering consultant who specialised in test & measurement, analog and digital signal processing, error detection and correction, and reliability engineering for complex systems.  During his early career he spent three years teaching aspects of science and engineering. His students taught him how to present complex (and often boring) subjects in an inspiring style that is both easy to understand and humorous. In his retirement he’s become an amateur artist, but keeps making the mistake of thinking that his work must conform to the scientific method.

Nick Ross is a broadcaster with an interest in bioethics and healthcare. He is President of HealthWatch, a Trustee of the UK Stem Cell Foundation and of Sense About Science, Chairman of Evidence Matters and of the Wales Cancer Bank, a member of the RCP’s Committee on Ethical Issues in Medicine and a visiting professor at UCL. He has been a member of the Nuffield Council on Bioethics and several national inquiries into novel health treatments, the use of animals in medical experiments and NHS reforms. www.nickross.com.

Frank van der Kooy is a pre-clinical scientist with experience in phyto-chemistry and analytical chemistry with a focus on drug discovery from medicinal plants.  He served in the position of senior analytical chemist at the National Institute of Complementary Medicine (NICM), Australia. He is currently attempting to correct the many wrongs in order to save science, scientific education and minimise the negative health impact on society. 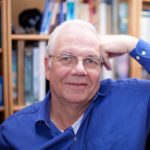 Norbert retired as an engineer after a career with various positions as manager research and development and manager quality in the vacuum pump industry. He started to dig into homeopathy after some useless treatment of a family member and found the premises and claims contradicting to physics and chemistry and logic. Norbert published a book in 2013 and runs a blog, mostly in German, where he analyses and discusses studies and publications of homeopaths. He joined the German Skeptics Society (GWUP) and initiated a meeting of the German speaking critics of homeopathy in January 2016, which then became the Informationsnetzwerk Homöopathie (INH).

Hans-Werner Bertelsen is a dentist who has worked in a ‘holistically orientated’ dental surgery. This experience turned him into an ardent critic of so-called alternative dentistry. Since many years, he reports about his experiences in medical journals, newspapers and blogs. He is a member of the “Münsteraner Kreis” and advocates a better control of the contents of medical post-graduate education.

Carlos Orsi is a science journalist and writer, with 25 years of experience in the popularization of Science. He is currently the chief editor of Questão de Ciência magazine, a Brazilian initiative to promote skepticism and critical thinking (www.revistaquestaodeciencia.com.br)

Richard Rasker owns a small business in (among other things) biomedical electronics engineering and is an avid supporter of science in general and science-based medicine in particular.

Trained in Iceland, USA and Sweden. Career as a general, trauma, advanced upper GI laparoscopy and bariatric surgeon in Iceland, Sweden, Norway and Denmark. Master degree in management of health care and public health (EMPH). Now working as senior medical officer at the Directorate of Health, mainly engaged in surveillance and quality of healthcare.

Has investigated so-called alternative medicine and been openly critical of medical fraud and deception after observing chronic and cancer patients being extensively misled and defrauded by providers of fake medical care and products.

Kevin Smith is a bioethicist at Abertay University, Dundee. His major areas of interest are (a) the ethics of ‘CAM’ and (b) the ethics of genetic modification and genetic therapy. He has published a number of academic papers, book chapters and books. His most recent work in the area of CAM ethics is the book ‘More Harm than Good’ (Springer, 2018), co-authored with Edzard Ernst.

Christian Lehmann has been a general practitioner in France for 36 years. Of French and Anglo-Mauritian descent, he has been one of the team of doctors who acted in 2018 to debunk the claims of homeopaths and its funding by the French social system.

When Didier Raoult started the hydoxychloroquine controversy, Lehmann and his friends on social networks ( emergency physicians, cardiologists, scientists, GPs…) tried to follow every twist and turn as Il Professore took the international media, and politicians, by storm. Was he a modern-day hero, a snake-oil salesman, or worse? As the tide of Raoult’s supporters grew and became more radicalised, these health-professionals tried to explain why “Primum non nocere”, and the respect of usual procedure, was crucial in evaluating medicines. For some time, that critique went unheard. “In a crisis,  there is no time for studies,” said a French politician.

Lehmann writes a daily column on the pandemic in Liberation, and waited until the time was right to tell the full story.

Loretta Marron OAM is an Australian science graduate with a business background, who is a high-profile campaigner against unproven and disproven health interventions. She was named Australian Skeptic of the Year in both 2007 and 2011 and again in 2012 as part of the Friends of Science in Medicine group which she co-founded in 2011. She is the only person to have won this award more than once.

Loretta was granted a 2014 Medal (OAM) in the General Division of the Order of Australia “for service to community health”.

Alan is a retired Research and Development Manager and is director of the Nightingale Collaboration, challenging misleading healthcare claims. He also occasionally blogs at Zeno’s Blog.

Les Rose is a retired clinical research scientist. He has been active in debunking pseudoscience in for over 20 years, and has developed a special interest in the regulation of health care. He blogs as Majikthyse on WordPress, and is a trustee of the charity HealthWatch, which campaigns for evidence based health care. He is a Fellow of the Royal Society of Biology, and Honorary Fellow of the Institute of Clinical Research.

Michael Scholz is a librarian and conducts a small-town library in the Franconian province of Germany.

In his free time, he writes his blog “Uncle Michaels kleine Welt” since 2015. There he deals with so-called alternative medicine, curiosities from the world of medicine, and interesting things from medical history.

He is a member of the “Informationsnetzwerk Homöopathie” and the German Skeptics Society GWUP. He writes a regular column in the members’ magazine of the GWUP “Der Skeptiker”, but also specialist articles on the history of quackery and “Heilpraktiker”.

Viktor is a retired Austrian anesthesiologist, having worked for the last decades in a tertiary care center in Vienna after receiving most of his medical training in Oulu, Finland. Holding also a Ph.D. degree in chemistry, he had always been scientifically oriented in medicine. He attended a book presentation of ”Der Große Bluff: Irrwege und Lügen der Alternativmedizin“ by Theodor Much and inspired by contacts there he joined the Vienna branch GkD (Gesellschaft für Kritisches Denken) of the German Skeptics Society (GWUP). Only after noticing that a medical authority in Austria was granting CME credits for „homeopathy treatment of multiple sclerosis“, 2014 he decided together with Theodor Much to start an internet initiative against the support of bogus medicine by the Austrian medical authorities and health ministry, the Initiative für Wissenschaftliche Medizin, pinpointing pseudomedicine and its excrescences in Austria.

Wolfgang Denzer studied for a chemistry degree and a doctorate in natural sciences in Berlin, Germany. He was a Visiting Scientist at the Weizmann Institute of Science, Israel and postdoctoral researcher at the Physical & Theoretical Chemistry Laboratory at Oxford University before becoming an Enterprise Fellow. Later he worked as R&D Manager for Oxford Medical Diagnostics Ltd and led the company’s early medical trials in the NHS as Clinical Trials Director. He published nature travel books, loves reptiles and hates pseudoscience.

Emeritus Professor Alastair MacLennan AO is an obstetrician and gynaecologist who trained in Glasgow, Chicago and Oxford. He moved to Adelaide, South Australia in 1977 where he eventually became Head of Department. His research in Menopausal Medicine led to him being editor-in-chief of Maturitas and then Climacteric and President of the Australasian Menopause Society.  His perinatal interests include the genetic causes of cerebral palsy and he was also President of the Australian and New Zealand Perinatal Society. He has 400 peer reviewed publications to date and is a founding member of Friends of Science in Medicine.