I just got this email with sad news: Ken Frazier “died peacefully this morning, three weeks after being diagnosed with acute myeloid leukemia. Judy and I were fortunate to spend time with Ken and Ruth last week and tell Ken personally how much he has meant to us over our entire lives.” 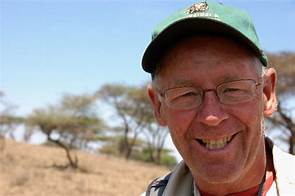 Ken was a part of CFI history quite literally from Day One. In May 1976, writing for Science News, Ken reported on the formation of the Committee for the Scientific Investigation of Claims of the Paranormal (CSICOP). In 1977, Ken joined CSICOP to serve as editor of The Zetetic, which became Skeptical Inquirer in 1978. He held that position ever since, spending the better part of five decades defining and steering the work of the skeptical community in combatting disinformation and pseudoscience. Ken has also published numerous papers and books, e.g.:

Ken’s book Science Under Siege: Defending Science, Exposing Pseudoscience was featured by Science News for its “engaging, insightful, and often surprising essays by researchers and journalists” about “what science is and is not, and what happens when the facts get twisted.” And he was working on yet another book; only a few months ago he wrote to me taking me for help with it:

… I am completing [ a book] on science and pseudoscience, titled Shadows of Science.  It was just accepted by Prometheus Books for publication in Fall 2023.  I am now working on a final chapter on “Pseudomedicine,” pseudoscience in medicine.  This is not my area of expertise so I am relying on many medical professionals who have investigated and written about medical pseudoscience, most prominently you.

My chapter is mainly concerned with broad points and principles in identifying and describing pseudoscience in medicine — SCAM.

I have always been particularly impressed with the Introduction to your So-Called Alternative Medicine (SCAM) for Cancer as well as parts of your earlier book SCAM: So-Called Alternative Medicine (which carries my testimonial to you on the back cover!).  This includes your definition of SCAM and your list of popular therapies and perhaps some of your common assumptions about SCAM. I also would love to draw upon some of the information in your boxes in the opening parts of SCAM…

Ken has on many occasions been most helpful and kind to me, and it goes without saying that I was delighted to assist.

He was a giant amongst the US skeptics, and we will all miss him badly.