Dr Kellermayr begged for help – from politicians, from the police, from her medical association. It never came. Now she is dead.

For more than seven months, the Austrian general practitioner, Dr. Lisa-Maria Kellermayr, received death threats and was verbally attacked by the anti-vaccination cult. She eventually closed her practice, no longer wanted to leave the house, and apparently lost the courage to live. Last Friday, she was found dead in her practice in Seewalchen on Attersee. The public prosecutor’s office in Wels confirmed that there were no signs of foul play. Letters of farewell had been found. It is generally assumed that, in her desperation, Kellermayr took her own life. A friend tweeted: “In the end, she begged for help – from politicians, from the police, from her medical association. It never came. The police and the medical association would mock her. They said Dr Kellermayrjust wants to seek the limelight. Politicians ignored her. Now she is dead.” 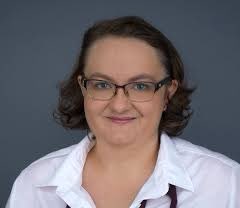 The GP had closed her practice at the end of June, only temporarily, she said initially, because she could no longer afford the costs for her security, including a bodyguard. She did not feel sufficiently protected by the police. “For more than 7 months, we have been receiving death threats from the Covid measure opponents and vaccination opponents scene at irregular intervals,” Kellermayr tweeted. Threats went as far as predicting a “massacre” in her practice. In one of the threatening letters, the author described in detail how he would first torture and then murder the doctor and her practice staff.

At the end of July, she closed her practice for good. For the doctor, who loved her profession, it was a terrible decision. “I put so much money and energy into it,” she told ‘Der Spiegel’ just one day before her death. By her own account, she had at that stage invested around 100,000 Euros in security measures. 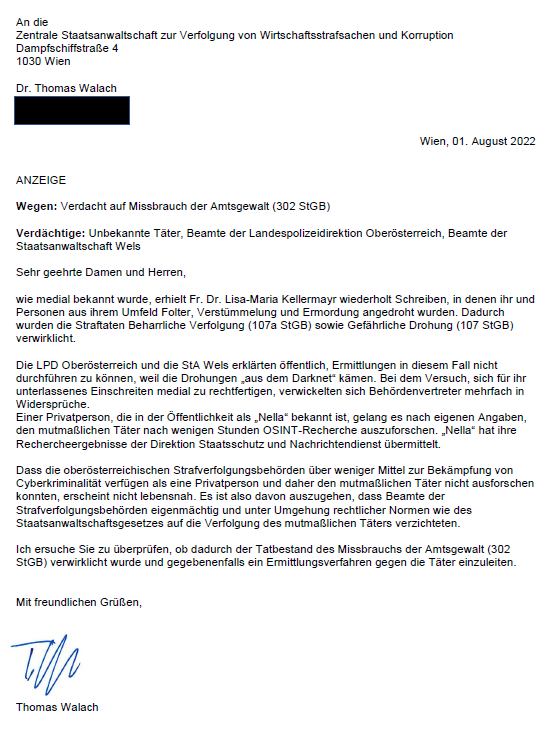 Unbelievably, the despicable agitation of the anti-vaccination cult continues even after Kellermayr’s death. Most of the agitators remain anonymous. But some are also agitating publicly, for instance, on Twitter: Harald Laatsch, an AfD member of parliament in Berlin, wrote that the doctor was a vaccination propagandist and probably “no longer wanted to live with the heavy guilt”.

After Kellermayr’s suicide, well-known German Twitter users are withdrawing from the platform. The Würzburg lawyer Chan-jo Jun turned his back on Twitter last Friday stating: “If I tweet about certain people, I get warnings in my letterbox the next day. I am reaching my limits. I’m now leaving the field to others. Until I find a concept of how an objective exchange can take place in social media.”

Doctor Natalie Grams, a well-known critic of homeopathy, is also closing her Twitter account. She plans to continue her commitment to evidence-based medicine with the help of her podcast, Grams explained in her farewell tweet.

Others reached a different conclusion. Dr. Christian Luebbers tweeted this (my translation): “Of course, I also considered deactivating my account here. However, I came to the conclusion not to do so and continue to educate people about pseudo-medicine and vaccination. I see this as necessary moral courage and will not leave the field to hate.” Personally, I agree with him.

I would like to use the tragic occasion of Dr. Kellermyr’s death as an opportunity for making a plea. It is high time that intolerance, aggression, violence, and hatred stop. Please, let us all calm down and discuss with dignity and respect whatever issues we might have. Please, let this terrible death remind us that we are all human beings. Please, let it be a lesson to all of us.

14 Responses to Dr Kellermayr begged for help – from politicians, from the police, from her medical association. It never came. Now she is dead.