The “magic potion” of Novak Djokovic

Novak Djokovic not only is against getting COVID vaccinations, he is also deeply into so-called alternative medicine (SCAM). Many of us have seen him winning this year’s Wimbledon final and drinking from a mysterious white bottle during Wimbledon 2022. Consequently, people are wondering: what does the white bottle contain? 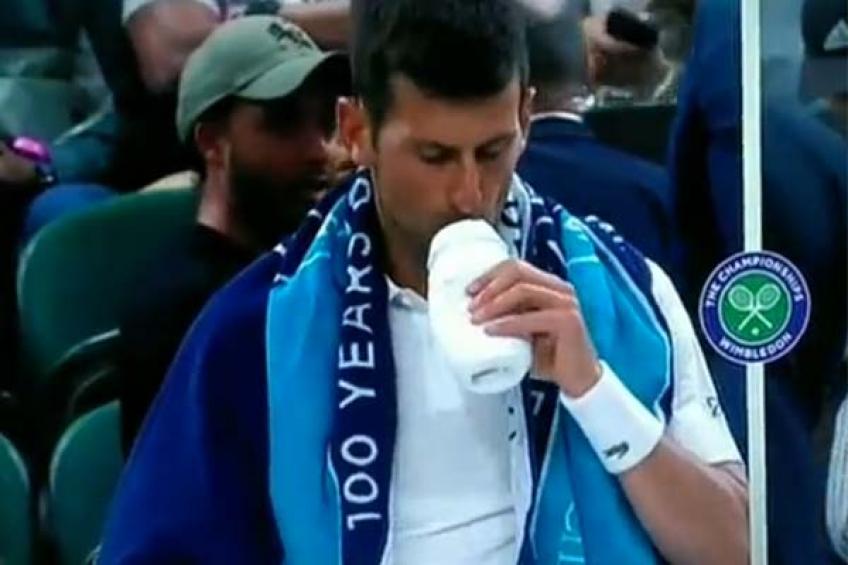 ‘Magic potion, that is all I can say,’ Djokovic said about the contents of the bottle ahead of the Wimbledon final after a clip went viral on Twitter. Now The Telegraph is suggesting that the ‘magic potion’ is, in fact, merely isotonic powder.

This, of course, begs the question: what is isotonic powder?

It is the powder used for making an isotonic drink that typically contains 40-80g of carbohydrate per liter. The drink then has the same osmolarity as body fluids and is therefore the most effective way to rehydrate during and following exercise. There are plenty of such products for sale. They are designed to provide the carbs and electrolytes needed to fuel exercise and replace the salts lost during sweating and maintain hydration.

It is suggested that Djokovic and some other tennis players take the powder pure without dissolving it in water. This must be jolly unpleasant, and I would not recommend it. If you want to save money, you can make an isotonic drink yourself:

The pinch of salt might also come in handy if, one day, we hear that the powder Djokovic takes also contains this or that SCAM such as “peptides with specific functionality” developed by the pharmaceutical firm that Djokovic partly owns.

3 Responses to The “magic potion” of Novak Djokovic